A massive sunfish found in New Zealand waters has been defined as a new species. 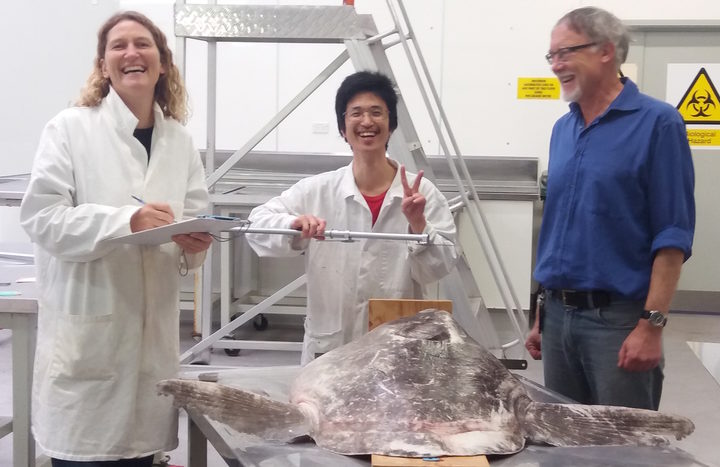 Sunfish are the heaviest of all bony fishes, with some species weighing more than 2000kg and growing to 3m long.

It was found to be genetically different from other sunfish: the ocean sunfish and the short sunfish.

"Most new things that we find are small, or they live in dark holes at the back of reefs," he told Sunday Morning.

"Here's something that lives right in front of us, and we just had [it] literally washing up on the beach in good numbers, and yet we hadn't recognised it."

Mr Stewart said scientists and fisheries could now discuss ways to protect the new species, known as Mola tecta - or the hoodwinker sunfish. 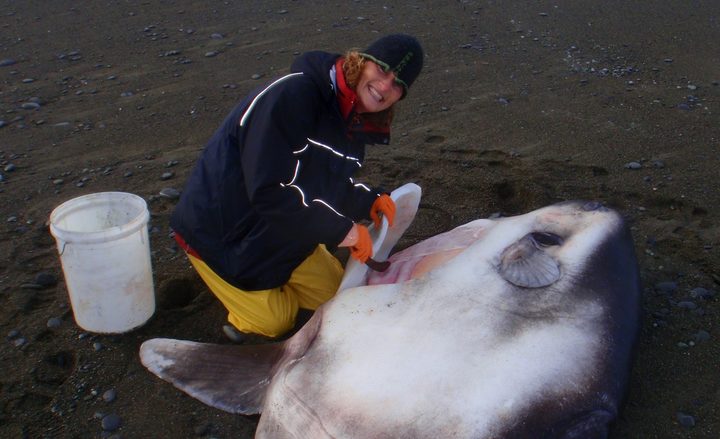 The new species - pictured here with Ms Nyegaard - had been washing up on beaches. Photo: Supplied