She's been described as the woman who brings humanity to the court, when all humanity is gone.

Michelle Kidd's day starts at dawn, when she visits several spots in Auckland's CBD to check in on the city's homeless.

Then Whaea Michelle is off to court, where she holds a unique role in New Zealand.

The social worker doesn't get government funding, but is often the only friendly face that people see in an otherwise faceless and daunting justice system. 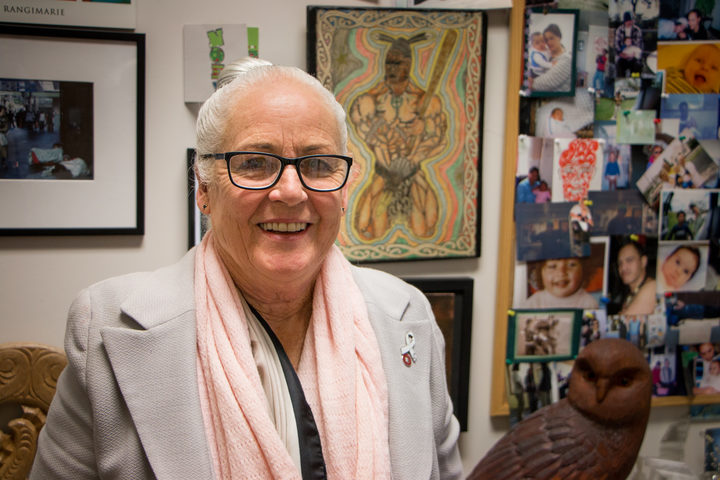 Ms Kidd's office at the Auckland District Court is about the size of a prison cell.

When she sits at her desk she's overlooked by photos of people she's helped - photos of homeless people, of her whanau. There's also a corner covered with drawings done by maximum security prisoners from Paremoremo.

"It actually means a great deal because, you see, they can't go and buy you a flower, or take you for lunch or show you their appreciation in any other way, other than their words and in their artwork."

Ms Kidd's time in the courts started with helping to get Restorative Justice conferences introduced 16 years ago. While working as a volunteer with the city's homeless she saw them coming through courts, being sent to jail and then released back on the streets without any treatment for addictions or mental health issues.

She's now fighting for a specialist unit to treat prisoners' problems - rather than just locking them up.

"Can you imagine what it must be like, detoxing in a cell and then your mental health issues coming to the fore? That is a nightmare. If we could only bring humanity back in.

"And I think that is why I am still here, is that I still try to challenge, quietly, as quietly as possible, what I see of as a real issue of caring for one another. We seem to have mislaid it in this city."

Ms Kidd's other passion is the Family Violence Court that is currently dealing with 1200 cases in Auckland and Manukau. The court provides education to offenders and their families and also wraps support services around them.

"We have many victims but so often I see a victim is also a defendant and until you engage with people, you really do not know the context of the crime."

Ms Kidd says the specialist court is breaking the cycle of inter-generational violence.

One of the thousands of cases that sticks in her mind is that of a homeless woman who was pregnant, addicted to drugs and sleeping on the floor of a garden shed.

The woman appeared in court on minor charges.

"With the assistance of a ... lawyer, I asked her to be kept because it was the child I was really worried about. If she had been released that day, the child could have been badly affected by the glue, the drugs."

After being released, the woman fatally overdosed on drugs. Her children are now living with whanau and blossoming - Ms Kidd still gets photos of them, some of which are on her wall.

She says a new approach is needed to help the homeless and part of that is Te Kooti o Timatanga Hou, the new beginnings court - another project she helped get off the ground.

And it's not just the homeless, Ms Kidd believes a philosophical change to justice is needed.

"If we continue to just lock people up because there's nowhere else to go, then we're really going to miss out on a great deal of input that could come from people who are actually highly intelligent, it's just that something has gone terribly, terribly wrong." 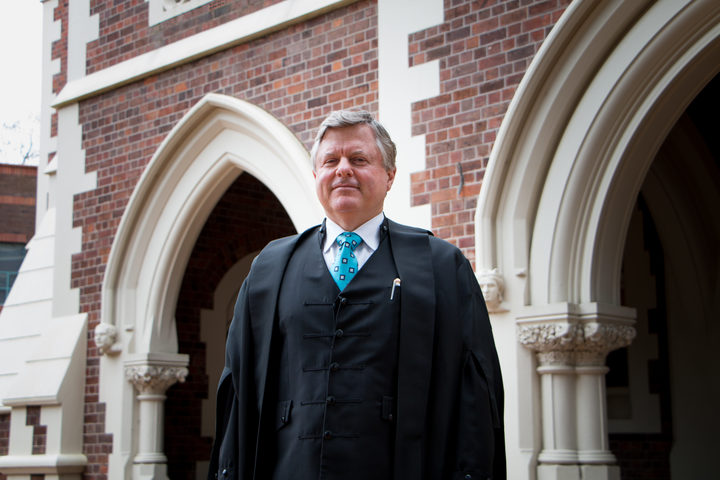 "She doesn't judge people, she is there to offer support, to offer kindness and to treat them with dignity. That is something which is very important, particularly when the people concerned - whether they be victims, defendants, friends, family, homeless people, children, whatever - they go to court and they need someone to support them and who is just there for them and that is the role that she undertakes."

Ms Kidd's role at the Auckland and Manukau District Courts is unique but Mr Jones says there should be people like her working in every court around the country.

"We'd like to clone Michelle, not quite like Dolly the Sheep but if we could clone her we would because she does such a great job and she's a unique individual. It takes a special person to do what she does and a lot of it is innate in her as opposed to being trained.

"In my view she brings humanity to the court system when humanity is often gone."

That sentiment is echoed by Chief District Court Judge Jan-Marie Doogue who describes her as a link between the court and the community, particularly iwi.

She recalls an example - a case where a young man - a potential iwi leader - had driven drunk, crashed and caused the death of his friend. Two busloads of supporters turned up to court. There were karakia and many speakers addressed the court.

"And so it was a much more restorative, rehabilative event as a result because it was cathartic and the whanau of the deceased implored me not to incarcerate him because, as they said, that would just be another life lost."

She said Ms Kidd's ground work in understanding the background of those involved, means judges have a lot more information about everyone involved.

Judge Doogue says she'd like to see others with iwi links working in the District Court.

She says Ms Kidd is utterly committed to the homeless who are often at-risk of not attending court and, as a consequence, get arrested.

"Michelle knows them all personally and she knows where she will be able to find them and she knows in what state they'll be in and by her efforts.

"She ensures they've had enough to eat and she ensures they are washed and appropriately dressed for the occasion, and she physically gets them to the court."

A fundraising dinner for Ms Kidd, hosted by All Blacks coach Steve Hansen and veteran broadcaster Ian Fraser, is being held next Friday.

Tickets are available from reservations@rangimarie.org. She also has a Give A Little Page, with money raised going to Ms Kidd's charitable trust Te Rangimarie and allowing her to continue her work.