The future of Dunedin's Cadbury Chocolate Carnival is in doubt, but the Jaffa Race isn't going anywhere - despite today's postponement due to weather. 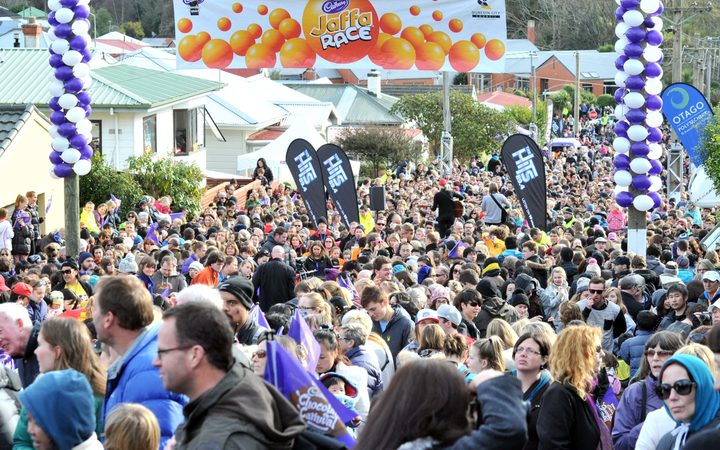 Crowds gather for the Cadbury Chocolate Carnival in Dunedin. The festival's centrepiece is the Jaffa Race, in which hundreds of thousands of the lollies are rolled down Baldwin Street. Photo: Cadbury

The chocolate maker's owner, Mondelēz International, announced in February that it would be closing its factory in the city and culling at least 320 jobs.

The Cadbury Chocolate Carnival, which has been built around the presence of the factory and the accompanying visitors' centre, is held each year and lasts for a week.

Its centrepiece is the Jaffa Race, in which hundreds of thousands of the lollies are rolled down Baldwin Street - the world's steepest residential street.

This year's festival ends today, and Mondelēz New Zealand head James Kane said the multinational was weighing up whether to continue the carnival next year.

He said it might run several key events throughout the year instead, but was concerned about whether the public would continue to get behind them.

"Certainly it's an unknown because it obviously hasn't played through as yet ... This year's carnival has given us confidence, in the sense that we've been really pleased that people are still showing out in good numbers." 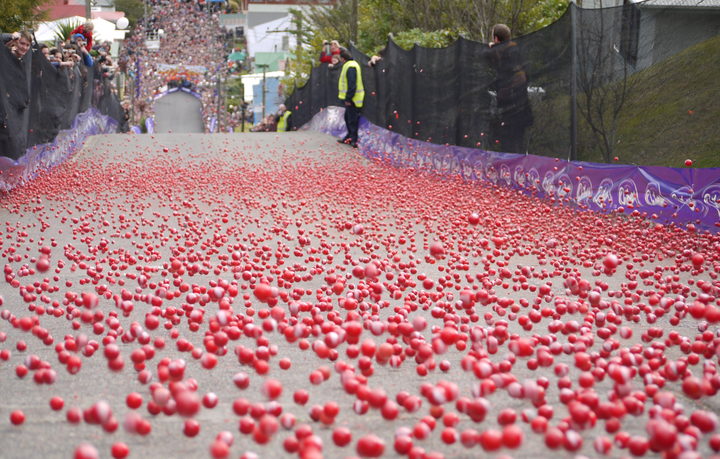 Dunedin mayor Dave Cull said he didn't mind what form the festival took in future, but agreed Cadbury might find it harder to win public support after the factory closure.

But the mayor said the annual Jaffa Race was a "great tradition", and needed to stay.

The funds raised from the three races each year on the street go towards the Make-A-Wish Foundation, the Taieri Parents Centre and Surf Life Saving.

If Mondelēz decided not to run it in future, the charity would have to do a lot of sausage sizzles, he said.

Mr Kane confirmed even if the carnival was disbanded next year, the lolly race would continue.

However, this year's race - which was expected to get under way between 11am and 1pm today - has been postponed due to forecast heavy rain.

Safety was paramount, and the extreme weather posed a potential risk to spectators, the Cadbury team and volunteers, Mr Kane said.

The company hoped to hold the event later in the year.