Bakeries are feeling the churn, as global butter prices hit a record high. 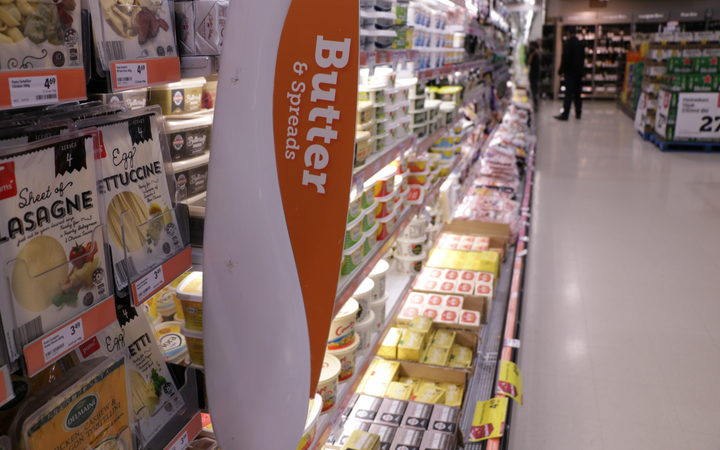 Butter prices have surpassed NZ$8100 per metric tonne on the Global Dairy Trade market for the first time in the auction's history - a rise of nearly 3.5 percent from last month.

Official statistics show a 500g block of the cheapest available butter cost $5.05 last month, compared with $4.80 in May and only $3.38 June last year.

Today, at a New World supermarket in Auckland, the cheapest 500g block was Pams at $5.29 cents.

While most butter eaters are reluctant to give up their spread, small businesses are starting to feel the pinch.

Owner Tetsuya Namekawa said the bakery's butter costs were more than double what they were a year ago.

He said New Zealand butter was the best quality, but added he may be forced to look at international products if the prices keep rising.

The business is suffering because he is trying to avoid hiking his pastry prices.

"French pastries and sweets - it's all butter based. We can't change the recipe.

"We end up squeezing the profit enormously."

Last year, the bakery had a 20 percent profit margin, compared with just 10 percent this year.

Mr Namekawa said hospitality businesses already had low profit margins and, in a worst case scenario, he may have to close after six years in operation.

"Suddenly everyone's moving from wanting protein to wanting the fat component of milk."

"We're also seeing more milk being consumed as full-cream milk, which is leaving less cream available to be made into butter," she said.

Butter prices are likely stay to stay high in the short term but should ease up again towards the end of the year, Ms Kilsby said.