Lost manuscripts by English composer Gustav Holst have been discovered in Tauranga. 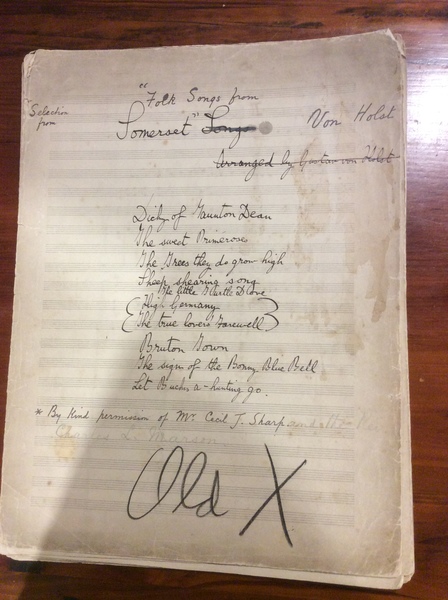 The front page of ‘Folk Songs from Somerset’ Photo: Bay of Plenty Symphonia. 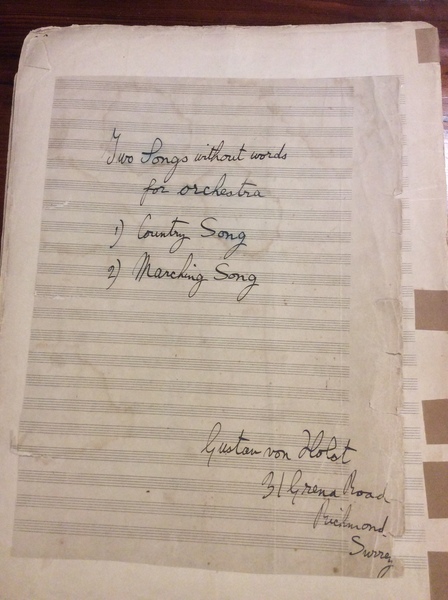 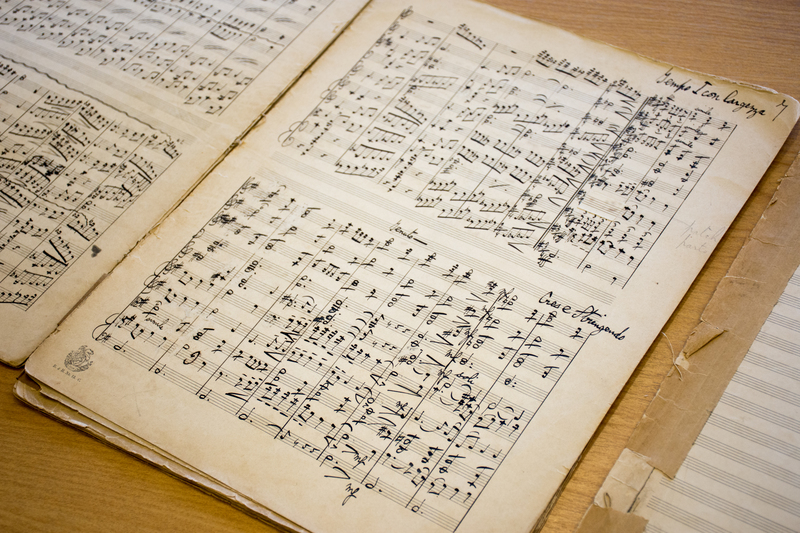 A page from the score of ‘Folk Songs from Somerset’ Photo: Bay of Plenty Symphonia. 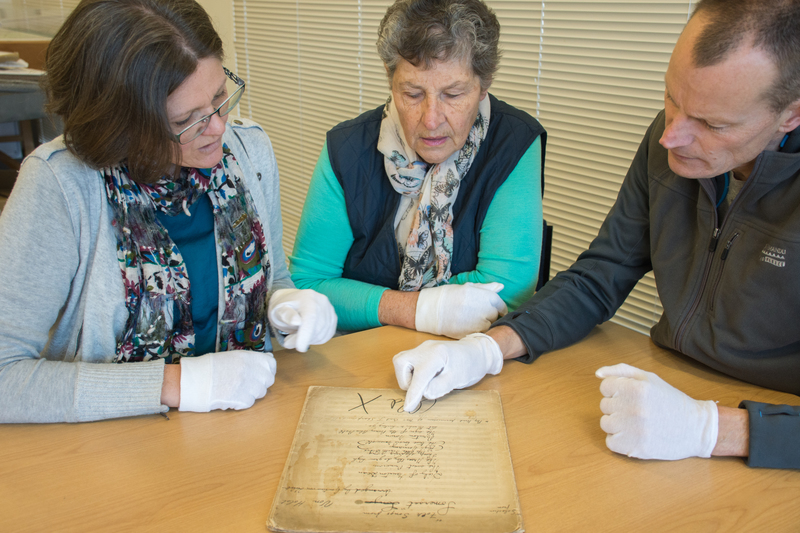 The works, handwritten and signed by the composer, were unearthed in the Bay of Plenty Symphonia's library.

The handwritten scores had been found a few years ago by the orchestra's music director and librarian in a routine clean up. They were thought at that stage to be interesting, but not genuine Holst manuscripts.

Orchestra member Bronya Dean told Morning Report that when she recently saw the sheets she knew there was something special about them.

Research revealed that an address on one of the pages had been one where Holst had lived, and the handwriting was similar to the composer's.

Ms Dean emailed images of the scores to the Holst archive in the UK and said she received an excited reply the next day confirming the documents were genuine.

She said they would eventually be returned to Britain, but the orchestra would "hold on to them for a bit" because they planned to perform the works in April next year.

'Folk Songs from Somerset' was premiered in 1906 by the City of Bath Pump Room Orchestra, conducted by Holst. It was never published, and the premiere was possibly the only ever performance.

The second piece, 'Two Songs Without Words', has been published and performed regularly.

The manuscripts are now being looked after in the city council's archive to ensure it's not damaged.

The mystery, though, is how they ended up in Tauranga.

The most compelling connection was the English flautist Stanley Farnsworth who conducted a predecessor of the BOP Symphonia in the 1960s.

Ms Dean said there were clues that suggested the scores were used by Farnsworth, but that was as far as the trail went.

"We have no idea how Farnsworth came to have them, or what his connection was with Holst. It would be great to think that someone who hears this news might know more, and be able to help us complete the puzzle."

Gustav Holst's (1874-1934) best known work, The Planets, was an immediate success, though the composer himself believed later works such the Choral Symphony were his best.