A man has been jailed for six and a half years after he almost cut off another man's hand with a machete in Dunedin. 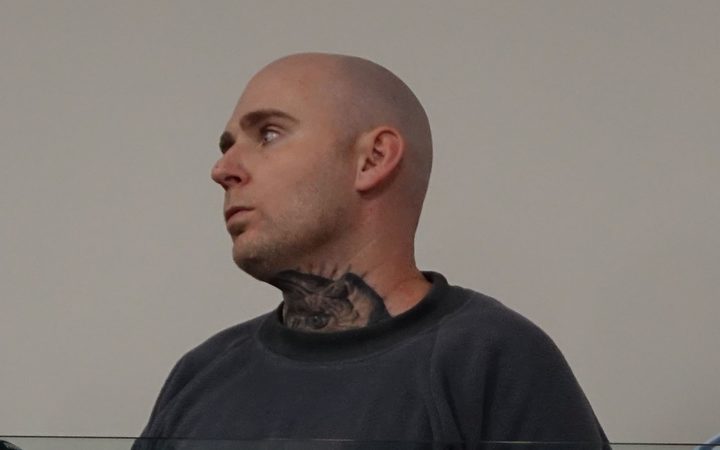 Australian Shaan Roker, 33, was sentenced in the High Court in Dunedin this morning to six years and six months in prison on charges of wounding with intent to cause grievous bodily harm, and assault.

Roker pleaded guilty to the two charges in May.

His lawyer Anne Stevens said prior to the incident, Roker had separated from his Dunedin partner, with whom he had two children, and had gone to live in Australia.

However, he returned in February 2017 at her request because she was in a bad relationship and needed his help.

"Unfortunately he arrived into a somewhat volatile situation, there were difficulties between the two of them, and that culminated in the events he has pleaded guilty to," Ms Stevens said.

The pair and their children were living on the same property as the woman's parents in Taieri Mouth.

Roker had only been back for a week when he and his ex partner got into an argument over alleged drug taking - although later tests revealed no drugs in his system, Ms Stevens said.

Roker hit the woman in the head once with his elbow, and once with "an open palm", Ms Stevens said.

Justice David Gendall said once the woman told her father what had happened, he and Roker became engaged in a physical fight.

The other man gained the upper hand and asked Roker to leave.

Instead of leaving, Roker pulled a machete from his belongings, the judge said.

"You raised the machete above your head and brought it down on the male victim, who attempted to block it by raising his left hand to protect his head," Justice Gendall said.

"The resulting blow from the machete severed the victim's hand just above the wrist."

The victim's hand was left hanging, only attached by skin, the judge said.

Justice David Gendall said it was unclear if the man would ever recover.

Ms Stevens, told the court Roker had shown genuine remorse in the moments after and tried to help the victim, applying a tourniquet to his injury.

The court heard Roker had bought the machete several days previously, for protection against his former partner's ex boyfriend.

In sentencing Roker, the judge took into account his remorse shown after the incident, when he tried to apply a tourniquet to the victim's wound.

He ordered Roker to pay $2000 in emotional harm reparation to his victims.