An elderly Christchurch woman has been inundated with calls from phone scammers, with calls now coming every couple of nights, and on one occasion four times in a single night. 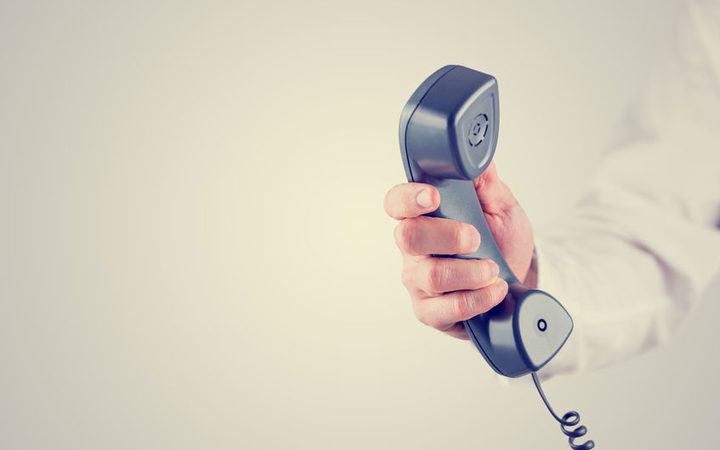 It appeared the calls were only being made to landlines, Age Concern chief executive Simon Templeton said. Photo: 123RF

The calls started about two months ago, and have increased in recent weeks, leaving Helen Stack at a loss at how to stop them.

And she's not the only one in Christchurch, with others reporting a flood of calls.

"When you get four calls a night, within half an hour to three quarters of an hour from that same company, you have to start wondering what they heck is going on here."

She said on that night she was so fed up she felt like throwing the phone against the wall.

Mostly the time the callers suggested there was a problem with her computer which they said they could help her with.

She said on the night she received four calls the person on the other end of the line wanted her to boot up her computer, to help with the "hacking that's going on".

"I still didn't let her know, even after the fourth call, that I didn't have a computer. She was getting stroppy, she said you go and boot up your computer now, and I thought to myself this is just not on."

The scammers want to get remote access to computers to fix a non-existent problem, and then they want credit card details so they can charge for the supposed repair.

Simon Templeton, the chief executive of Age Concern, said they have had about 10 reports of similar spates of calls, and he said it was not just older people getting targeted.

He said they have had several volunteers talking about getting constantly called, and it was also something he had experienced personally.

"A real stint of it, probably 20 plus calls over a period of the last three weeks in the last few weeks, and the last one was probably only a few days ago."

Mr Templeton said the constant calls were very distressing for people, and one of their volunteers had been so upset she had to receive counselling to help her through.

He said it appeared the calls were only being made to landlines, and people may want to consider moving to a mobile phone, but he said that would be too big a change for many older people.

'They will come back to you over and over again'

Martin Cocker from Netsafe said the only thing keeping the scammers on the landlines was the cheaper cost of the calls, and as the price of mobile calls dropped they would probably move on to those too.

He said a burst of calls was not uncommon.

"There's variety of reasons why that is. The first reason might be that the scammers don't have particularly good management of the calls that they have made and they just keep hitting the same list. They definitely come back to people they think [are] a possible mark.

"If you give any indication that you believe what they are saying they will come back to you over and over again, even when you start to show doubt.

"Then the third reason they seem to call is if you are abusive with them, they call you back to harass you. It seems an unusual waste of time for scammers, but they do."

Mr Cocker's advice is to tell the person that you know it's a scam and hang up.

She also recommended reporting the calls to Netsafe and Consumer New Zealand.

"Let us know. It will provide an opportunity for more publicity about it to alert others to the fact that these scammers are out there, and that they are cold calling and that you need to be wary."

Ms Wilson said people should remember that no legitimate company would ever ring out of the blue and ask for personal details.