A magnitude-6.4 earthquake shook Southland was centre hundreds of kilometres to the south of New Zealand. 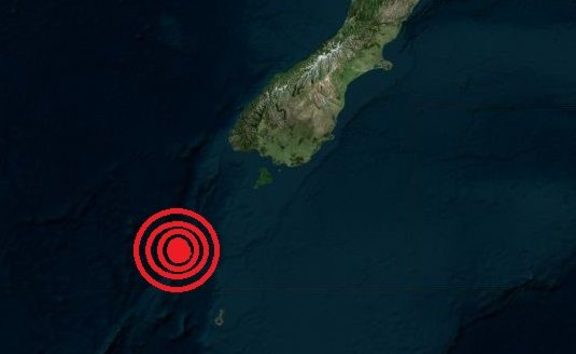 It struck at 7pm on Tuesday and was widely felt in the region, with almost 2000 'felt' reports on the GeoNet website.

It hit at a depth of 34km, and was centred almost 400km south of the South Island.

Civil Defence said there was no threat of a tsunami from the earthquake.

People on social media described it as a "long lasting rumble" and a "wobble".

A man who lives west of Riverton near the Foveaux Strait said it was a decent short-but-sharp shake.

Neil said he was sitting in his lounge when the quake hit.

"It just went bang and it hit like there was a truck thundering into the house really.

"And then a wee pause and then there was quite a bit of shaking lasting probably 15 seconds or thereabouts, so it was a decent wobble."

Neil said nothing broke or fell off the shelf but it did move things on his wall.

I felt that shake too. From Dunedin #eqnz