A man has died and two children have been been seriously injured after a car and bus collided in the Auckland suburb of Mt Eden. 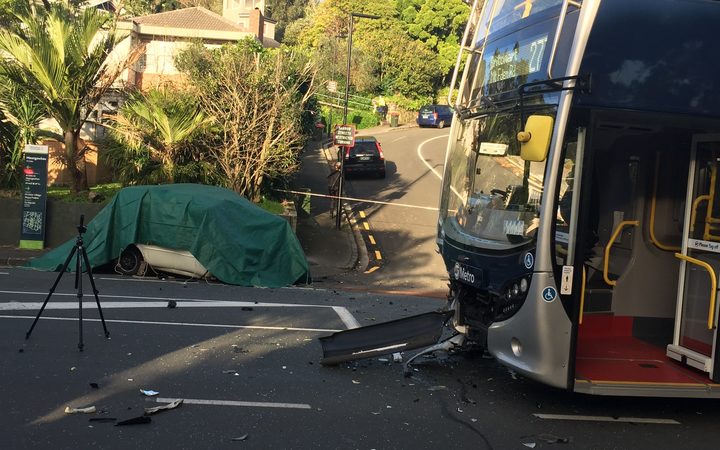 The scene of the crash on Mt Eden Rd. Photo: Supplied / Andrew Hawthorn

Police said the crash happened shortly before 3.30pm, at the intersection of Mt Eden Road and Bellevue Road.

The male driver of the car died at the scene. Two children - a 2-year-old girl and a 1-year-old boy - who were passengers in the car, have been taken to hospital and are in a critical condition.

No one on the bus was injured in the crash.

Emergency services and the serious crash unit are at the scene.

Part of Mt Eden Road was closed for several hours, with bus services forced to divert around the scene, but reopened at 7.30pm. 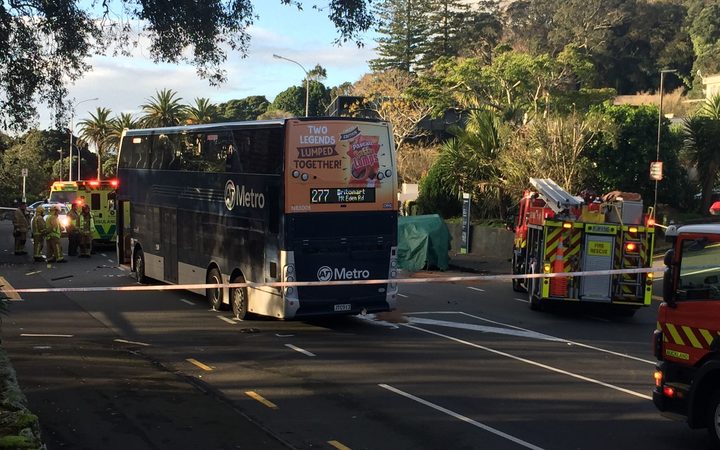 The scene of the crash on Mt Eden Rd. Photo: Supplied / Andrew Hawthorn