The Minister for Children Anne Tolley is standing by a decision not to hold an inquiry into forced adoption during the 1950s to 1980s.

A Parliamentary select committee has been considering a petition by Maggie Wilkinson who was forced to give up her baby in 1964. 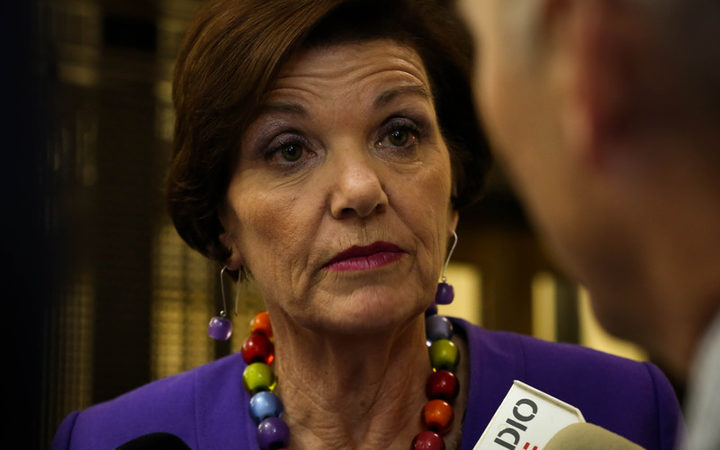 Ms Wilkinson wanted Parliament to carry out "a broad and full inquiry" and to acknowledge the "abuse, pain, and suffering" caused by the "state-sanctioned practice".

But Ms Tolley said there was no proof that such practices were endorsed by the government at the time.

"It is very difficult and you feel for those women, but there's no evidence that you could put in front of anyone that this particular case was a forced adoption.

"Those women would've signed a consent form and you would then have to prove they were forced to do that. And that's the difficulty - there's little evidence."

In its report back, the committee said it disagreed with forced adoption, but most of its members didn't think an inquiry was the best way forward.

"These practices reflected the social values and attitudes of the time," the report said.

"As attitudes and values have changed, so too have adoption practices." 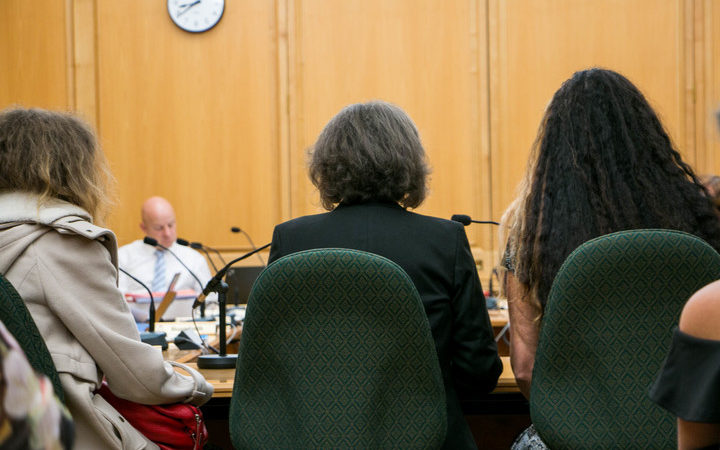 Maggie Wilkinson (centre), with her daughters either side, giving her submission to Parliament calling for a full inquiry into forced adoption. Photo: RNZ / Daniela Maoate - Cox

The MPs thanked Ms Wilkinson and her supporters for "speaking openly" about their "difficult personal stories".

"We acknowledge the pain and suffering that they went through."

Labour and the Greens disagreed with the committee's decision and both parties support a review.

The Green Party said an inquiry was needed due to "the seriousness of the concerns, conflicting evidence, and lack of formal avenues for redress or acknowledgement".

It said the government's response was "another callous act of institutional violence against people who have already suffered too much."

The committee was told that historical adoption practices were based on the belief that it was best for children to be raised by a married couple.

Adoptions were generally kept secret from the child and the birth mother had to sign a declaration that she would not contact them.

Ms Wilkinson and other women earlier told MPs they had felt powerless against the immense pressure to adopt out their children.

They said that pressure came from the church, doctors, families, social workers, and lawyers.

It was common for mothers to be told adoption was the only option for their child to have a future, they said.

The Ministry for Vulnerable Children, Oranga Tamariki, earlier told the committee that adoption practices had changed significantly since the 1980s.

It said most adoptions were now "open" and the birth parents had a relationship with the child and adoptive parents.

The Adult Adoption Information Act 1985 allows birth parents and adopted children to access information about each other.