More rain is expected during tonight's second test between the All Blacks and the Lions at Wellington's Westpac Stadium. 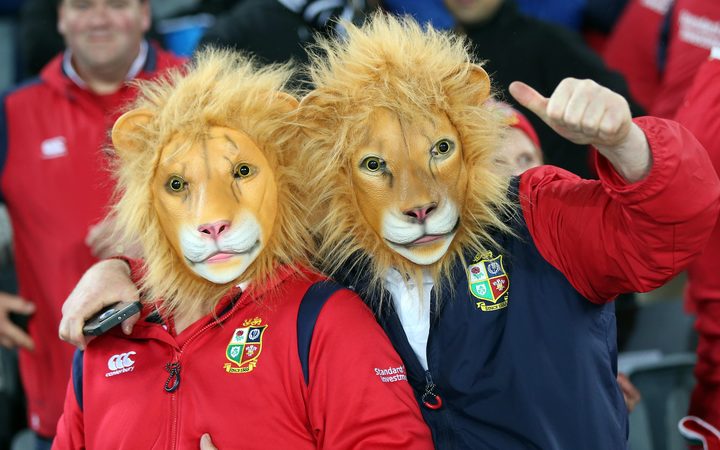 An estimated 38,000 fans are expected to pack out the ground for the game.

Wellington Airport has experienced its busiest weekend ever with about 20,000 British tourists arriving.

And the city's main roads have been heavily congested for most of the day. 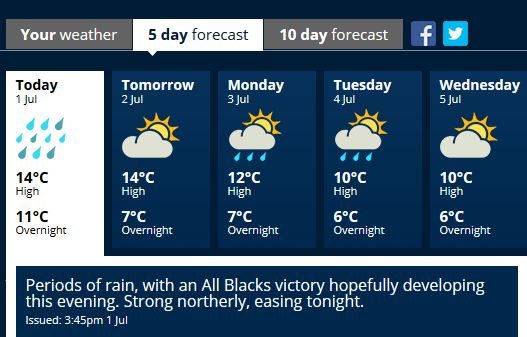 The forecast on the MetService website today was for rain and (hopefully) an All Black victory. Photo: MetService

Wellington's city council earlier asked residents travelling across town to leave home much earlier than normal, and to be patient.

It advised motorists to add an hour to normal travel times, particularly if they were heading to the airport.

From tonight, roads around Westpac Stadium and Courtenay Place will be closed, and motorists have been asked to avoid those general areas.

After losing the first test last Saturday in Auckland 30-15, Lions' head coach Warren Gatland admitted the success of the tour was riding on tonight's game.

"It's a big challenge for us as coaches and players - we know that the series is on the line..."

"I think we're all aware as coaches that it's a massive game," he said.