Paua, mussels and kina are at risk from increase in acid levels in the ocean and serious action is needed, scientists say. 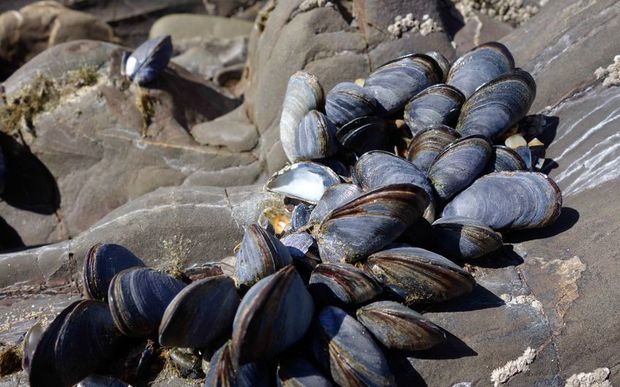 Two New Zealand scientists warn the local seafood favourites will be in jeopardy if nothing is done to balance the levels of acidity.

Biological sciences doctoral candidate Emily Frost said some species were already experiencing difficulties, and that would worsen as time went on.

Higher acid levels can stunt growth and weaken the shells of kina, paua and mussels, while snapper may also be threatened, with acidity resulting in smaller fish and physical deformities.

"We will probably start seeing some issues in the next 20-30 years if we don't start reducing the amount of other stresses we are putting on our environment."

Ms Frost said the only way to prevent acid levels from increasing was to reduce carbon emissions.

But she said New Zealand was failing in doing that, as there was little legislation to manage the amount of carbon being released into the atmosphere.

NIWA principal scientist and professor of marine chemistry at the University of Otago, Cliff Law, said high marine acid levels had already caused problems for the oyster industry off the west coast of the United States.

"The oyster industry there has been experiencing real problems with the failure of spat, which is the young larval stage, really not growing, because the water there is naturally more acidic.

"With the carbon dioxide we are putting into the atmosphere, it is taking it to a level where the spat just don't grow properly."

In 2008, high levels of ocean acidity saw US oyster production levels fell by 80 percent, according to the International Atomic Energy Agency (IAEA).

The $US270 million industry, which employs more than 3000 people, suffered a major economic blow.

It began to recover after partnering with scientists to manage the problem.

Dr Law said the industry was taking action, such as treating water before it went into hatcheries and sourcing larvae from other countries.

Research from the University of Otago estimates the seafood industry earns just under $2 billion per year for New Zealand.