The first shipment of phosphate rock from North West Africa since a political row disrupted the trade arrives in Tauranga on Sunday. 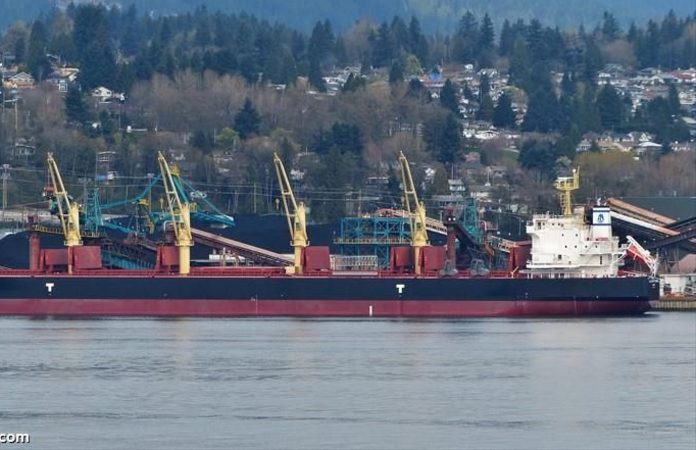 The NM Cherry Blossom was carrying 50,000 tonnes of phosphate rock when it was stopped at Port Elizabeth. Photo: Supplied / M.L. Jacobs MarineTraffic.com

The Greek-flagged bulk carrier, the Common Spirit, is carrying around 55,000 tonnes of phosphate rock from Western Sahara.

This territory was taken over by Morocco in the 1970s and independence movements said that was an illegal occupation.

In support of their claim, they took legal action against an earlier shipment after the Marshall Islands vessel, the MN Cherry Blossom, stopped for refuelling in South Africa.

They argued the cargo of phosphate on board had been mined illegally, and cited a decision by the European Court saying phosphate from Western Sahara should not be treated as Moroccan exports for trade purposes.

That case is now bogged down in court in Port Elizabeth.

The importers of the phosphate, Balance Agri Nutrients, have said solving this international political problem was beyond their ability.

They said New Zealand needed phosphate rock to transform into the super phosphate which is regularly spread on New Zealand farms to enable plants to grow.

Hundreds of thousands of tonnes are imported each year.

Since the ship was detained in South Africa, Balance Agri Nutrients and their shippers have been finding ways of evading the legal tactics used by the Saharan campaigners.

They and their shippers made sure the carrier, Common Spirit, travelled to New Zealand via Cape Horn, and so avoided South African jurisdiction.

A New Zealand representative of the Saharan campaigners said there were no plans to take action against the cargo of phosphate when it arrives in New Zealand because his group did not have enough resources to do so.

Its next shipment will arrive before Spring and an official said Ravensdown and its shipping company would take steps to avoid a repetition of the South African incident.