The government recognises the need for every country to act to stabilise greenhouse gases and prevent the consequences of climate change, crown lawyers have told the High Court in Wellington. 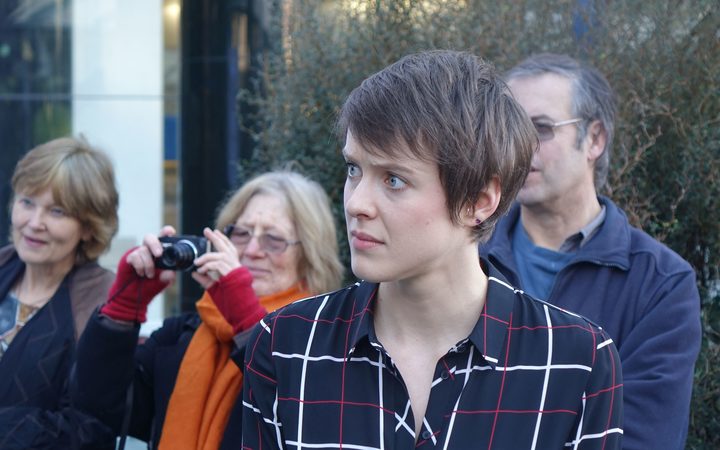 Law student Sarah Thomson is taking the government to court over its action on climate change. Photo: RNZ / Emile Donovan

Law student Sarah Thomson has asked the court to quash New Zealand's current emissions target and order the Minister to reconsider the issue.

Her lawyer Davey Salmon told the court on Tuesday that New Zealand had taken the cheapest, laziest option when it came to setting this country's emission target and that involved a "fundamental and fatal misdirection to the decision-maker".

"The reasons for action are that the consequences of inaction are terrifying and it's those consequences that justify doing as much as possible. If they're ignored the decision-making process is asking the wrong question."

Crown lawyer Peter Gunn told the Court there was substantial agreement between the positions of the government and Ms Thomson.

He said there was no dispute about the need to prevent irreparable damage to the planet and that the government believes the Paris Agreement provides the best way of doing that.

Mr Gunn said the government did not want to minimise New Zealand's actions, however the country "cannot do it on our own".

"If New Zealand reduces emissions to zero there won't be any noticeable effect on climate change and we have to rely on the rest of the global community to achieve change."

He said the Kyoto Protocol prioritised stringency over participation, but the Paris agreement allowed countries to set their own national target for reducing emissions, so the target was not set from above.

He said those setting the climate targets had to take into account a range of matters and act in a way that did not threaten the world's food production.

Mr Gunn said there also had to be equity between countries, taking account of their different national circumstances.

New Zealand has committed to reducing emissions by 11 percent on 1990 levels by 2030 as part of the Paris agreement. However, New Zealand's most recent greenhouse gas inventory shows emissions in 2015 were 24.1 percent higher than 1990 levels.

Gross greenhouse gas emissions from human activity for 2015 were 80.2 million tonnes of carbon dioxide equivalent, compared with 64.6 million tonnes in 1990.