Two men wielding tomahawks have tried to rob a dairy in Hamilton. 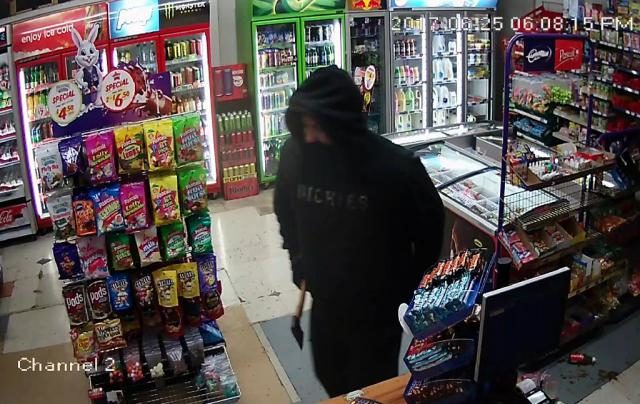 The offenders were armed with tomahawks. Photo: Supplied

Police said the men went into the Aberdeen Superette about 6pm on Sunday and demanded cigarettes from the shopkeeper.

The shopkeeper grabbed a tomahawk from one of the men in an attempt to defend himself, and there was a struggle, in which he received a minor cut to his hand.

But the men fled the store empty-handed, after they were chased out by the shopkeeper's parents.

Police want to hear from anyone who saw any suspicious activity around the superette on Sunday.