An Oamaru woman who lost her son to suicide says the government's draft suicide prevention plan is "spineless".

Patrice Harrex presented a Public Service Association submission to the Ministry of Health in Dunedin today on its draft Suicide Prevention Strategy. 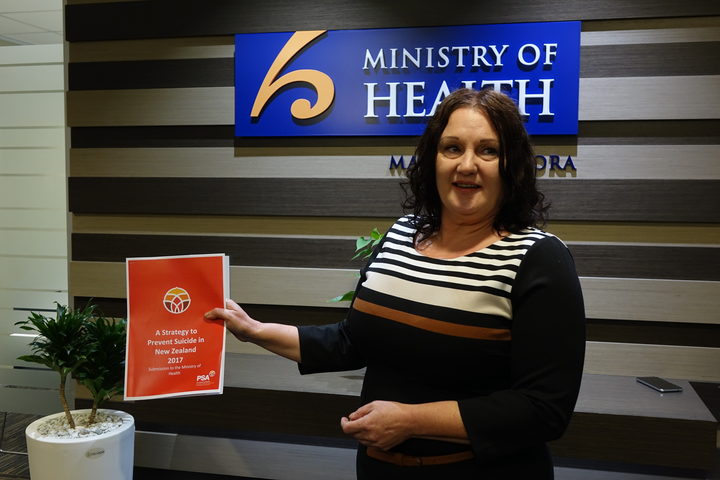 In April, the ministry started consultation on its 10-year plan to decrease the number of people who commit suicide each year - currently it's more than 500.

The ministry's director of mental health, John Crawshaw, said it had received about 500 written submissions, which included some without any comment aside from contact information.

Dr Crawshaw said government agencies would look at the feedback and provide advice for the incoming government after the 2017 General Election.

The release date of a final strategy would depend on Cabinet, he said.

Ms Harrex's son Brad Anderson, 25, committed suicide in 2010, two days after being sent home from Dunedin Hospital's emergency department, where he told staff he was at risk of taking his life.

The coroner ruled his death was suicide and recommended that the Southern District Health Board took into account what could be considered "suboptimal care" for Brad.

It told the DHB to ensure patients were attended to as soon as possible in a private and secure setting and to ensure follow-up of people attending the emergency psychiatric service. 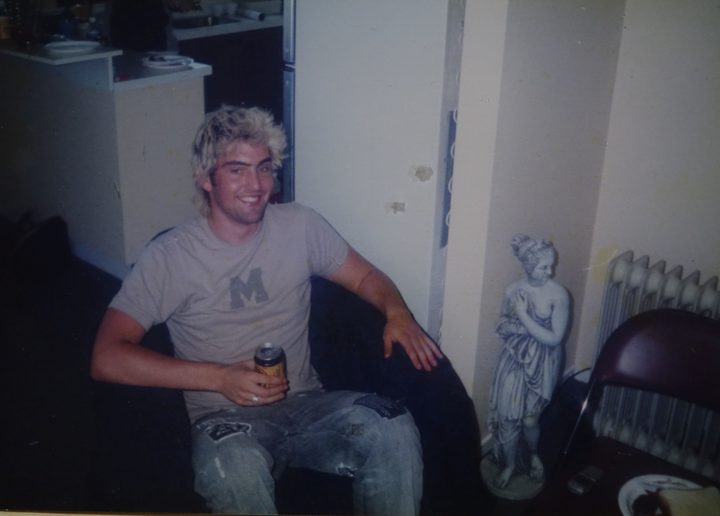 Brad Anderson committed suicide two days after being sent home from Dunedin Hospital's emergency department, where he had told staff he was at risk of taking his own life. Photo: Supplied

His mother said Brad, who was an IT consultant at the University of Otago, was "the only person who couldn't see how amazing he was".

Hospital staff initially assessed him as high risk and did not want to discharge him, however his condition appeared to improve because he did not want to stay in hospital, Ms Harrex said.

"They then assessed him as being ok, and they sent him home, and he wasn't obviously ok, he just didn't want to stay there."

Ms Harrex said she didn't blame the hospital staff for her son's death, she blamed the government "absolutely, 100 percent".

His death inspired her to become a mental health support worker last year, and she said she could see people weren't getting the help they needed.

"Disgusting is the only word I can use for the lack of resources and funding under this government," she said.

More supported accommodation, and alcohol and drug treatment centres were needed, she said.

"We're focusing on the high-risk people that are getting the treatment and everybody else is falling through the cracks.

"If they haven't got money for counselling, basically they're buggered and it's not good enough."

She said she wanted the government to acknowledge New Zealand had a "severe problem" with suicide.

"Stop undervaluing our loved ones' lives, people are dying.

PSA national secretary Erin Polaczuk said many of its members who were mental health workers were concerned the strategy did not adequately address the needs of LGBTQI people, or the effect of workplace culture on mental health.

She said while the strategy identified the causes of suicide, underfunding in the mental health sector meant it was difficult to put solutions in place.

"We think there's an urgent need to put more money into the sector immediately."

She said the PSA had joined the call for an independent review of the mental health system.

"We hear stories of people being bounced from acute wards within hospitals out to the community and then back again.

"We need to have a holistic look at the whole system and make sure there aren't bits where people are falling through the gaps, or that we don't just have a system that's a revolving door."