District health boards have been "slammed" by the combative nature of the Ministry of Health's senior leadership, according to one board member.

Some DHB heads have told RNZ the relationship between them and the ministry's top officials has eroded almost completely.

Earlier this month, it was revealed $38 million from the Budget had been misallocated to DHBs and Minister of Health Jonathan Coleman blamed officials.

Canterbury DHB member Jo Kane told Nine to Noon the mistake showed how far removed the ministry was from understanding its own data and figures, and questioned how it could have been made.

Ms Kane said DHBs and the ministry were supposed to be working in partnership to get the best out of the funding but this was not happening.

"The combative nature of working with the top echelon at the ministry is extraordinary." 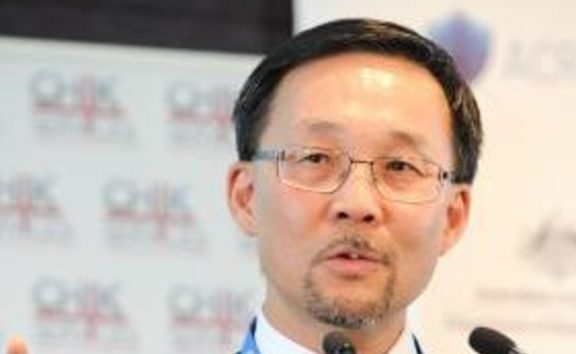 There had been conflict between DHBs and Director-General of Health Chai Chuah for years, "you know just a slamming, not understanding our issues," she said.

The minister's and ministry's leadership of the health sector was severely lacking, she said.

RNZ has been told the relationship with Mr Chuah was discussed at a regular quarterly meeting between DHB chairs and chief executives in Wellington on 15 June.

There were three meetings: one for the chief executives, one for chairs and then a joint one for both.

Following the meetings, some health board heads, who did not want to be named, told RNZ the relationship between them and Mr Chuah had eroded to almost nothing.

The relationship was the most fragmented and disjointed it had been in 20 years of ministry leadership, they said, and had reached a new low.

Mr Chuah was described as operating secretively and of failing to unite the sector.

At the meeting with chairs, RNZ was told, Mr Chuah implied he had offered his resignation. However, he did not say to whom, or what had been done about it. It is understood he was not pressed on the matter.

Minister 'only listens to the ministry'

Canterbury DHB's Jo Kane placed some of the blame on Dr Coleman, describing him as a "lazy" minister.

"He only listens to the ministry, he is not listening to the health boards about what the issues are, and I think it shows extraordinary inept professionalism as to how we even work," she told Nine to Noon.

Four months would usually be spent on allocating budgets at Canterbury DHB and that work would now have to be extended because of the funding error, Ms Kane said.

Health boards across the sector were ready to "implode" because available funding did not match demand, she said.

It had been a long time since she had confidence in Mr Chuah and the rest of the ministry, she said.

"Around the rest of the country I believe this [the funding misallocation] is the straw that has broken the camel's back with the confidence that those chairs and chief executives should have ... and I think something should happen."

Dr Coleman said this afternoon he was totally unsurprised by Ms Kane's comments, as she has never had anything good to say about this government.

Director-General of Health Chai Chuah said in a statement he had personally apologised to the minister, DHB chairs and chief executives, and central agencies for the funding error.

He said his focus now was to work with the ministry's independent review to find out what happened and why, and to ensure it did not happen again.

Mr Chuah said it had been a very disappointing incident and he must take responsibility for it.

His priority was to work with the sector to build mutual trust and confidence over the coming months.

Dr Coleman responded by dismissing Mr Clark's comments as "wild allegations" and a "gross exaggeration", and accused Labour of bullying Mr Chuah, who he described as an outstanding public servant.