Officials from the Ministry for Primary Industries have come under fire at a packed Stewart Island public meeting over the cull of the island's farmed oysters. 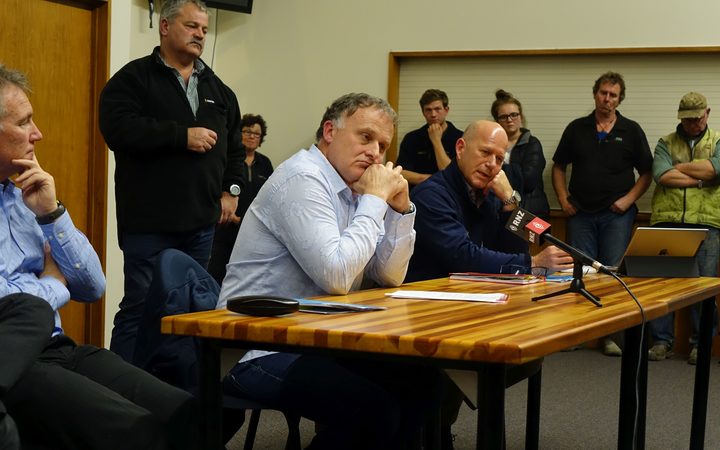 On Monday, cranes started pulling farmed oysters out of the water in Big Glory Bay on Stewart Island in an effort to stop a fatal parasite, Bonamia ostreae, from spreading to the wild fisheries in Foveaux Strait.

About 70 residents packed out the island's community hall last night to hear from MPI and criticise its handling of the situation.

It was the first time Stewart Island residents had the chance to sit down with MPI in a public meeting since news broke last month the parasite had been found on two oyster farms. 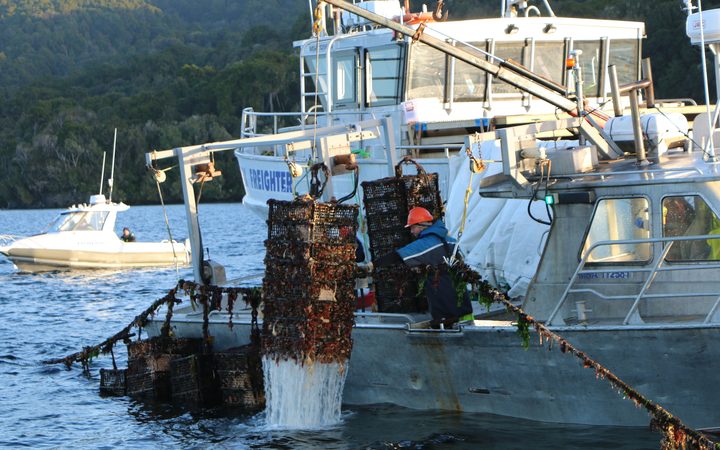 Along with grief over the cull of all the island's 14 farms came anger at MPI's management of the parasite in Marlborough Sounds in 2015.

Farms there were contained, but not culled. The ministry has since ordered the removal of 10 Marlborough Sounds oyster farms in response to the Stewart Island discovery.

Cries of "you sat on your hands" and "you haven't done your job properly" ran through the audience.

Residents were also angry routine testing for Bonamia ostraeae on 300 wild Foveaux Strait oysters had not been done since March, and would not be done again until September. 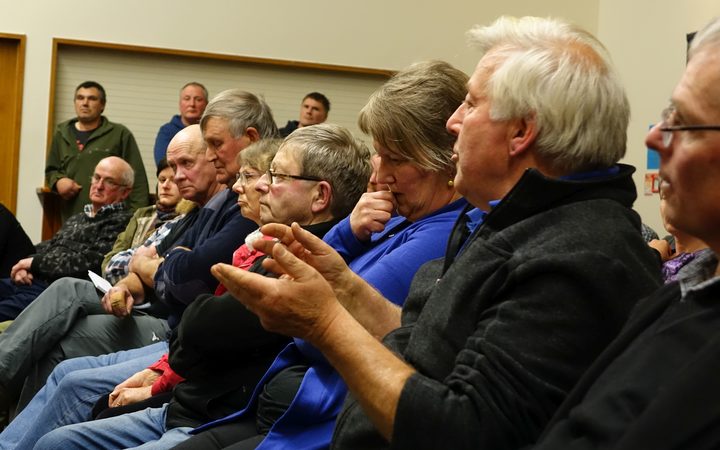 MPI spokesman Mike Taylor said September testing would provide a stronger indication of whether the parasite was present in the wild oysters, because it did not manifest for several months.

Residents had repeatedly called for earlier testing, they said, even offering to pay for it themselves and questioning the need for a cull of farmed oysters if the parasite had already spread.

MPI director of response Geoff Gwyn said he would review the testing regime and let residents know by the end of this week if MPI would agree to do it sooner.

"It is something we're going to consider, I believe we have enough information to make the call we've made but the community interest is very high."

Many residents expressed concern over boats moving between the island's farms and Foveaux Strait, saying they could have spread the parasite.

They questioned how the parasite first came to Stewart Island, and allegations were made against specific operators. 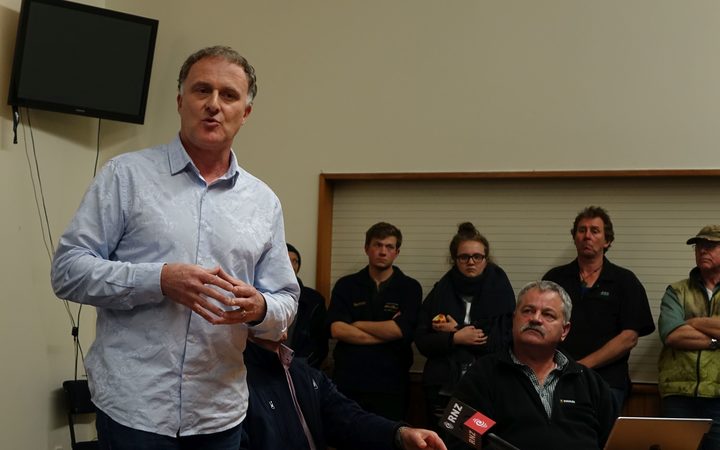 Mr Gwyn said a compliance team was reviewing whether there was any substance to the allegations.

"I don't envy the people that came down, they haven't got an easy job, but where communities lose faith in these situations is where people give you answers that they're not sure about and hope like hell that they can bluff their way around you.

"You don't get any points for doing that."

Oyster farmer Jim Barrett said the toll on the island's community would be huge, with up to 12 jobs lost and many more in other centres.

Residents asked for a social impact study to be done by independent experts.

Rural Support Southland said it would be on hand to offer residents immediate support, and MPI promised further government assistance from other ministries would be forthcoming.