The bomb squad has exploded a suspicious package left on a building ledge in central Dunedin. 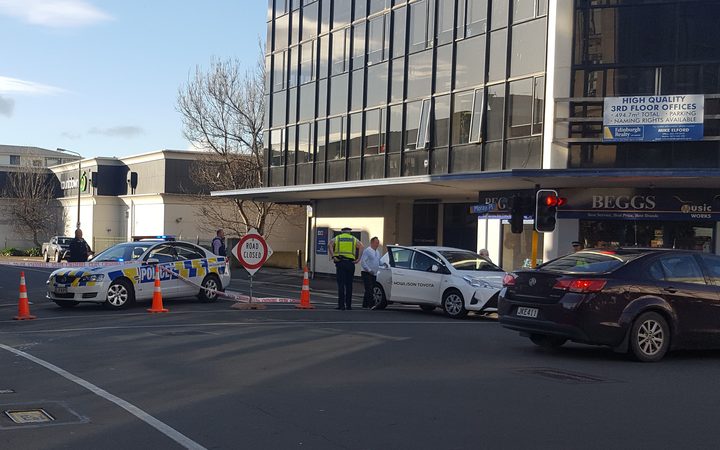 Police at the cordon after the suspicious package was found in Dunedin city centre. Photo: RNZ / Lydia Anderson

The Defence Force arrived from Christchurch this afternoon and a bomb disposal robot was used to explode the package shortly after 5pm.

Inspector Jason Guthrie said the small foil-covered package and an attached note were discovered by a member of the public taped to a building on Moray Place, in the central city, about lunchtime.

About five buildings and a Countdown supermarket were evacuated as a precaution, and a 100m-radius cordon was set up.