Dunedin is gearing up for a sell-out clash between the British and Irish Lions and the Highlanders tonight. 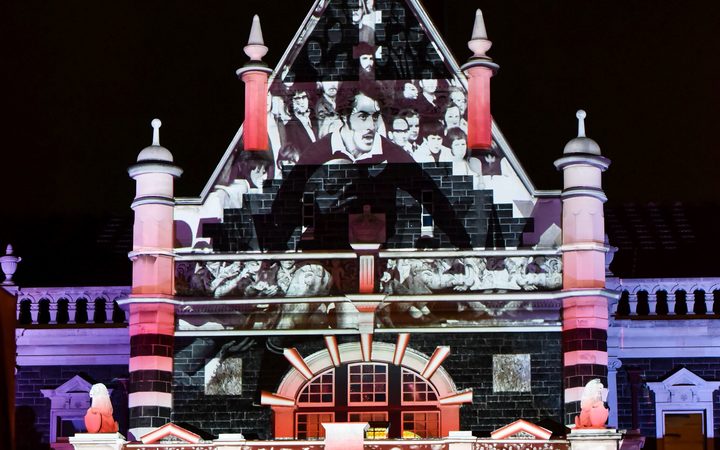 Dunedin City Council has set up projections on the Dunedin Railway Station of rugby greats from previous tours. Photo: Chris Sullivan/Seen in Dunedin

Last time the Lions played and beat Otago 30-19 on their 2005 tour, it was at the infamous 'House of Pain', Carisbrook Stadium.

Tonight's match will see players and fans slightly warmer at the country's only covered pitch, the Forsyth Barr Stadium.

New Zealand Rugby said Dunedin was set for a sell-out match, though a few hundred lower-priced tickets were still available.

Otago Motel Association president Sue Rhodes said most accommodation was booked out, but it was hard to tell how many bookings were from overseas fans, and how many were domestic fans.

"We have been getting the occasional cancellation but on the whole they're filling up again quickly."

Lions fan Emma Kennedy from England, who travelled to New Zealand for the first time to see her team play, said she was buzzing ahead of tonight's match in Dunedin.

"I'm hoping that we paint the country red ... It's been amazing, I can't put it into words really." 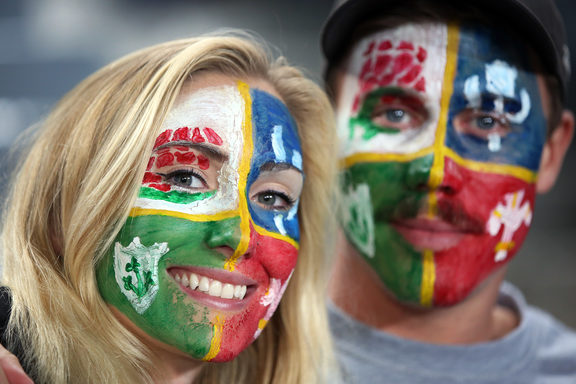 At Dunedin Holiday Park, manager Daniel Grubb said an array of green and red-shirted Lions fans had started to roll in on Monday in their campervans, and excitement was building.

The park's 61 units and its powered sites had sold out, but non-powered sites were still available for those fans who hadn't booked ahead, he said.

"We had 206 campervans here for the last Lions tour and then we blew that out of the water with 700 campervans a night for the Rugby World Cup, so if we can beat 206 again that would be great.

"The problem is they're not pre-booking, and they did that last time as well, they're cruising and just taking a gamble."

However, not everyone sees the tourism benefits.

Further south in the Catlins, cafe owner Aileen Clarke said businesses had lost their usual June customers, because campervan companies had sent all their vehicles north for Lions fans.

And she suspected it wasn't just the Catlins that would suffer, saying there would likely be a flow-on effect for south Otago and Southland.

A lot of people she had talked to thought Dunedin should have had an All Blacks-Lions test, instead of all three tests being held in the North Island.

"I do realise that Auckland has the larger capacity for the test matches... but I do really feel like we've just been thrown a little token gesture."

However she said plenty of south Otago fans were travelling to Dunedin to support the Highlanders.