A woman has been rescued from a gorge in Taupō, after her car plunged down a near-vertical cliff. 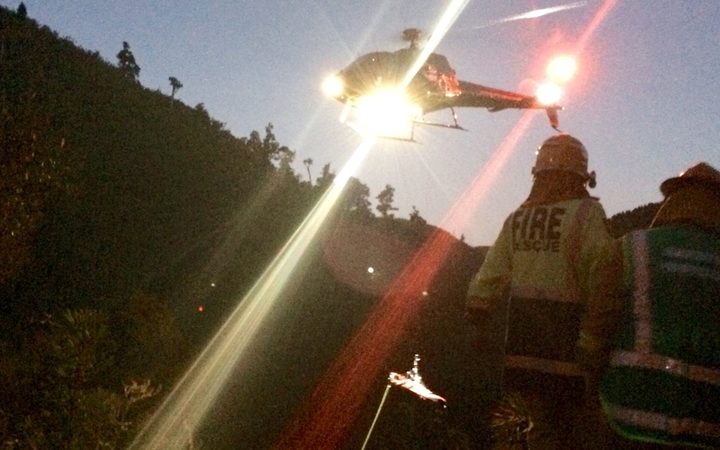 The Greenlea Rescue Helicopter was called to the Waipunga Gorge just after 4.30pm.

Helicopter pilot Nat Every said the car veered off the road, plummeted about 15 metres down a very steep bank and was stopped by a large rock.

Mr Every said if the rock had not been there, the car could have ended up in the river below.

He said the woman was exceptionally lucky to escape the crash.

The woman was taken to Rotorua Hospital with injuries to her back and chest.