One of the men charged with importing 35kg of cocaine hidden inside a jewel encrusted horse's head says he was not making ends meet and his greed got the better of him. 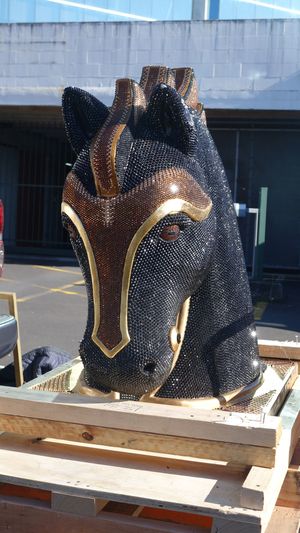 The 400kg sculpture of a diamante-encrusted horse head had been freighted into New Zealand from Mexico. Photo: SUPPLIED

Ronald Cook Snr has been giving evidence in his own defence at the High Court in Auckland where he and Agustin Suarez-Juarez have denied drugs charges.

Mr Cook told the court he sells discounted paint in bulk to hardware shops and met Agustin Suarez-Juarez on a business trip in the United States.

The 57-year-old said while he drives a 1991 Ford, Mr Suarez-Huarez - who he knows as Manuel - drove new cars and lived in a beautiful house on the edge of a golf course.

Mr Cook said Mr Suarez-Huarez offered him $US50,000 to help him with a project.

"It had to with transporting a piece of art and eventually I did understand there was cash in this art."

But he said he never knew there was cocaine inside the horse head.

"I was apprehensive and [I said]: 'Why do you need me?' That was my question.

"The answer was: 'Because I'm American and [it was] to take the attention off him'. Because he's Mexican, he felt there would be attention on him."

Mr Cook later elaborated: "You know, I knew that it was what New Zealanders call 'dodgy' and I knew it was dodgy ... I don't know, I shouldn't have taken the job, obviously.

"But, my house was leaking, I'd just bought this house, my roof was leaking, my commissions were seasonal and I was in the low season. I wasn't making ends meet and my greed got the better of me."

Mr Cook said the plan was to use part of the cash he believed was stashed inside the horse's head to start up a hardware shop in Auckland. 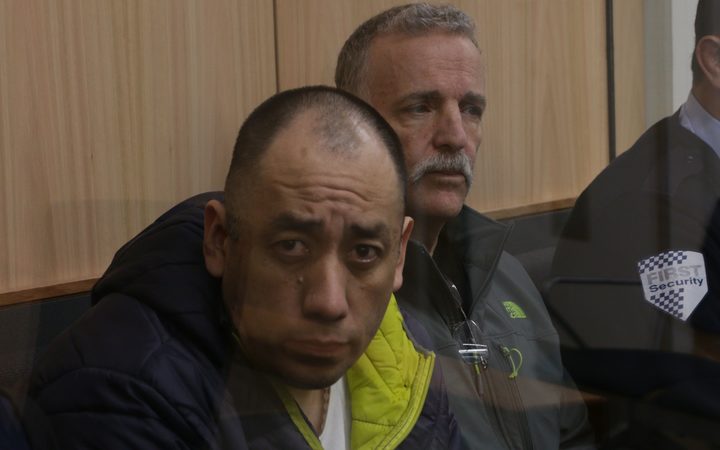 He confirmed he had lied to his family about the trip, telling them he was supervising a large flooring contract.

Mr Cook said he and Mr Suarez-Juarez broke open the horse's head and took some of the packages to a hotel room in downtown Auckland where they met another man.

One of the packages was opened and inside was a metal object with wires coming out.

"I just knew it was some type of device ... an electronic device. I didn't know what it was but I knew that it was of concern."

'He is an ordinary family man' - Mr Cook's lawyer

Earlier the court heard an opening address from Mr Cook's lawyer, Sam Wimsett, who described his client as leading an ordinary life as a father of six and a grandfather.

"And for those who have watched Narcos and become aware of Pablo Escobar and his friends, you will be disappointed when you hear Mr Cook talk about his life. He is an ordinary family man, with an ordinary job and an ordinary life and a Netflix series about him would be, with respect to Mr Cook, quite boring."

He said cocaine was associated with high-fliers - not people like Mr Cook.

And he said despite police bugging a car, a house and a storage unit - there was no talk of coke, cocaine, Colombian marching powder or charlie.