A man who has devoted his life to Māori language has been named as a Knight Companion of the New Zealand Order of Merit.

He also helped set up Te Panekiretanga o te Reo, the Institute of Excellence in Māori Language, which provides the most advanced Māori language academic course for adult students across New Zealand. 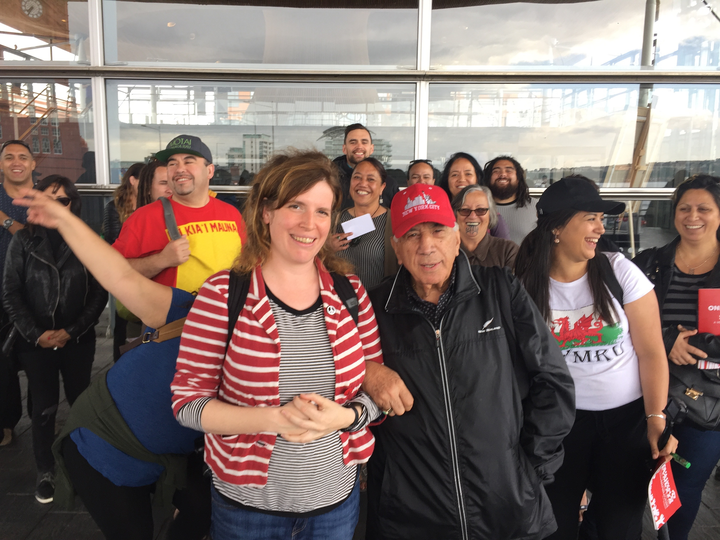 Sir Timoti said the knighthood was a reflection of the many people who had battled alongside him to revitalise the language.

"You have all that support and the kind thoughts of those people over the years and it is as a consequence of all that support that this honour has been bestowed upon me and that's what makes me feel humbled."

Kāretu had set a benchmark of consistent excellence.

"Dr Kāretu has dedicated a greater part of his life to the resurgence of te reo Māori and the highest standards for those who do speak it.

"It is a source of great pride for Te Wānanga o Aotearoa to see his many years of fighting for the wellbeing of our taonga, recognised in this manner."

The chair of Te Rarawa and a former chief executive of the Māori Language Commission, Haami Piripi, said Sir Timoti had devoted himself almost entirely to the Māori world.

"He's really given a big gift to the nation, I would say that he has almost single handedly been responsible for salvaging the Māori language from an early demise, and I take my hat off to him for that."

Sir Timoti is currently touring Europe with a delegation of 40 Te Panekiretanga o te Reo graduates to look at initiatives multi-lingual countries have to grow the number of indigenous language speakers.

"The initial reason for coming was to look at the ideas of these countries that are struggling with the survival of their own languages. The Welsh are very strong in their attitude, the Scots are really struggling, and the Irish are sort of halfway between these two extremes."

Māori language speaking numbers have also declined over the past decade in New Zealand, but Dr Kāretu remains defiant.

"It's an attitudinal thing but the solution is within us, and we can't give in."