West Aucklanders opposed to native bush being destroyed to make way for a water treatment plant have been protesting today. 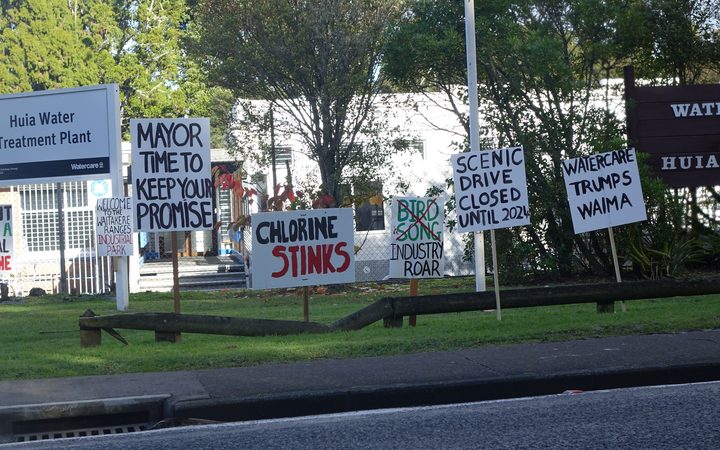 Watercare last week approved the Huia Water Treatment Plant to be built on the corner of Woodlands Park and Manuka Roads in Titirangi.

For Oratia residents' whose homes were spared it was a huge relief but for those in Titirangi the fight has just began.

"We thought the short list was ridiculous ... you basically had a choice between kicking people out of their homes or chopping down environmentally protected bush. And we just thought that was a ridiculous solution."

Mr Kitson said the site was covered in native bush and clearing the land was a devastating thought for locals who were drawn to live in the area for its natural environment.

"When people think of Titirangi they think of bush... [there are] obviously disadvantages of living out here - we have got a major commute to get into the city.

"Why we do that is because we want to live in this bush-clad area and that's what Titirangi's always been about." 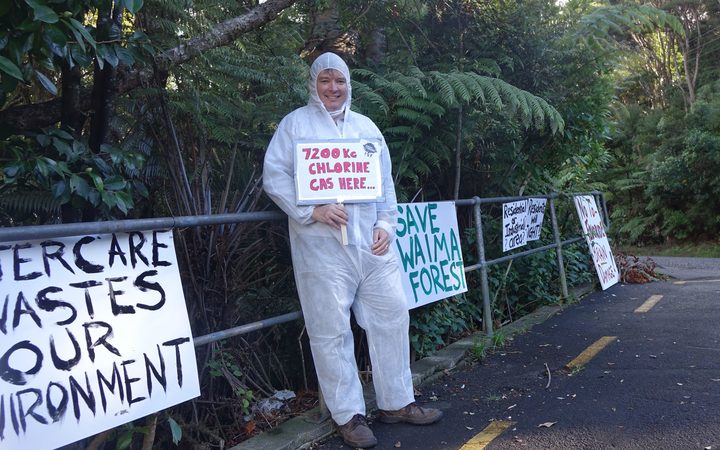 The Manuka Road site is owned by Watercare and is designated for water supply purposes but Mr Kitson said that was in place when the area was not as populated.

Watercare said the community would have the opportunity to have a say during the planning consent process which would begin later this year.

It also said it would establish a community group to work through issues.

Mr Kitson said it had been contacted but the group did not want to be part of one set up by Watercare.

"So we've written to Watercare and said we want to set up our own community group and we want them to join. So we'll make sure that it really represents the community and it's not a box-ticking exercise."

He was expecting a response tomorrow.

A public meeting organised by the group will be held on 14 June.