One in four crew members on commercial fishing vessels have suffered a significant injury, which has prompted a campaign to address the sector's alarming workplace safety record. 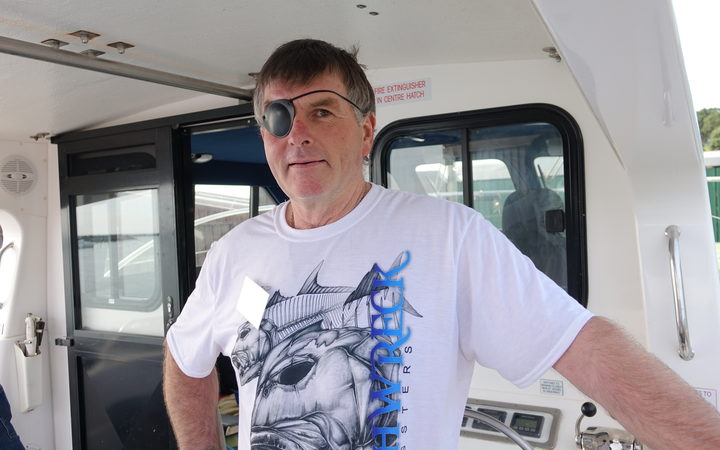 Timaru-based skipper Wayne "Pirate" Eden lost an eye when a longline snapped and tore across his face in 2012. Photo: RNZ / Robin Martin

Timaru-based skipper Wayne Eden's voice breaks as he recounts the day in 2012 when a bottom longline snapped, tore across his face and he lost the sight in one eye.

"The sea conditions were great we were just hooked on old gear on the bottom. We'd actually had most of our gear up and were just winching the anchor, it was off the bottom.

"But we were hooked on something, dragging it up, and yeah, it just broke and just went across the front of my face causing the back of my eye to get damaged and, yeah that's it, I'm down to one eye."

A 30-year industry veteran Mr Eden - or "Pirate" as he's now affectionately known - was picked up by the Coastguard nine hours later, but by then he already knew the eye was gone.

It took six months for him to return to work and even longer to regain his confidence.

"My balance was no good, eh, and anything to do with heights or even walking down the street. The aisles down a supermarket I'd get psyched out. I'd have to walk out of the supermarket. I'd just lose my balance, it was just crazy." 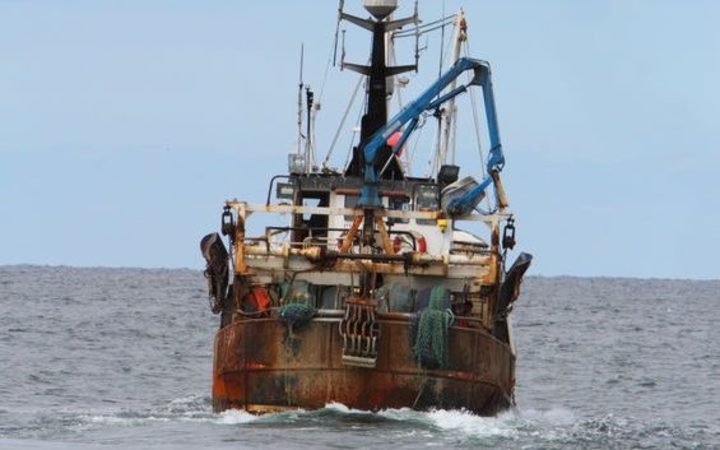 A Neilsen survey commissioned by Maritime New Zealand and WorkSafe found 28 percent of crew members - or more than one in four workers - have suffered a significant injury while a further 26 percent have experienced a near-miss.

Most of the injuries were to hands, lower back and the spine, but the outcome of a mishap at sea could be much worse.

Since 2010, 25 crew members have died and the families of nine of those lost at sea did not have the comfort of bringing a body home.

The Accident Compensation Corporation has had an average 966 active commercial fishing claims over the past five years and in 2016 it received 633 new claims, which have grown on average 3 percent a year since 2009.

Last year ACC paid out $5.1 million in the wider commercial fishing bracket, slightly down on the average over the last six years of $5.7 million. 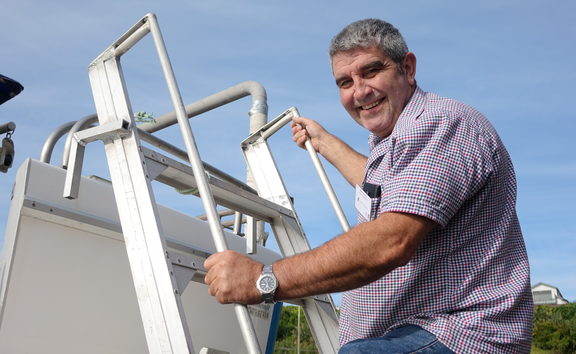 Allan "Smiley" MacKay is the skipper of a commercial crayfish boat in New Plymouth.

He said fishing boats were full of hazards.

"Ropes, where you're standing, coils, coil bands and those sorts of things. Sea conditions in general and I suppose it's just a case of keeping your mind in the game."

Mr MacKay said knifes and sharp objects were also a risk factor, as was as lack of rest.

"It's probably fatigue that gets most of us over time. The fact that we work such long hours and in the case of the seasonal type of thing, it's only when we get a rough day that we have a break."

In response to the Neilsen survey, the Federation of Commercial Fishermen launched the Safe Crews Fish More campaign in conjunction with Maritime New Zealand at its conference in New Plymouth this week.

President Doug Saunders-Loder said fishing was a high-risk occupation and skippers and crew had to act accordingly.

"I have no doubt at all that commercial fishermen take their responsibility seriously in that respect but I guess it's just a reminder that they have to be on the ball in terms of meeting all their safety expectations."

Mr Saunders-Loder said the poor safety report had not come as a shock.

"We're aware of the fact that there's a large number of small scale injuries across the board and I guess at the end of the day one in four is not a surprise.

"There's a lot of injuries that occur on our boats based on the fact that we're on a moving platform and we deal with a lot of relatively minor injuries." 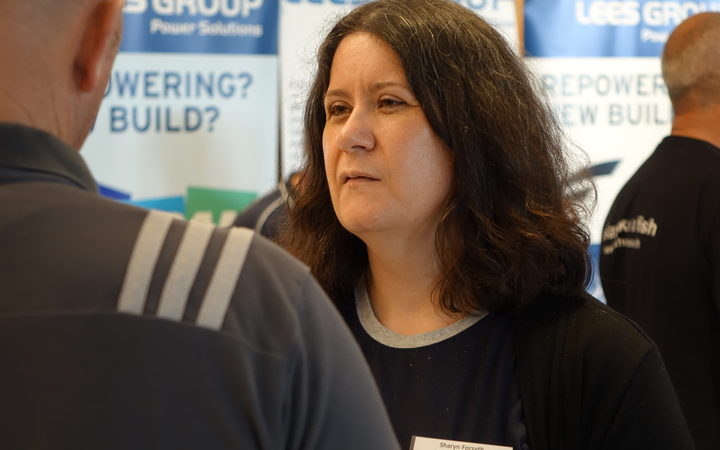 Maritime New Zealand manager of maritime standards, Sharyn Forsyth, said the industry needed to up its game however.

Mr Eden said if the Safe Crews Fish More campaign prevented one person suffering and injury it would have been worthwhile.

"I was surprised to hear of the rate of fishermen getting hurt. If we can save someone from losing an eye like me it's got to be a plus and the more we make our crew aware of health and safety, well yeah, it's only going to be good in the long term."

The Safe Crews Fish More campaign is due to run for a year and will focus on fatigue, manual handling, safety on deck, winches, uncovered machinery, and intoxication at work.