An Auckland man convicted of knowingly infecting his partner with HIV has received a lesser sentence because of advances in treating it. 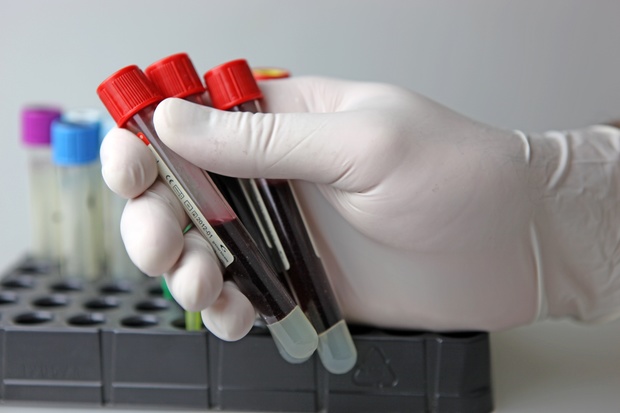 Mikio Filitonga was found guilty by jury in March of a charge of grievous bodily harm with reckless disregard and in the Auckland District Court was sentenced to two years and 10 months in jail yesterday.

He was also found guilty of committing a criminal nuisance by an unlawful act and was yesterday sentenced to 10 months to be served concurrently on that charge.

Filitonga tested positive for the virus on 27 February 2013.

On 26 July that year he was told of his legal obligations as an HIV positive man by a nurse.

In February 2014 Filitonga began a relationship with the victim which lasted several months during which they engaged in unprotected sex.

The victim did not know Filitonga was HIV positive and told the court he'd asked him on several occasions whether he was safe and was told it was.

After breaking up in October that year the victim tested positive to HIV in December.

At yesterday's sentencing Crown solicitor Philip Arnold told the court it was important the sentence was used to deter people who would put other's health at risk.

"There is no cure for the HIV virus, it is something [the victim] will have to live with for the rest of his life.

"This isn't a case where Mr Filitonga merely omitted to mention the fact that he had HIV. This is a case of continuing deceit over the period of the relationship.

He said as well as the obvious physical impact, the victim was now facing limitations, had to monitor his health daily, is now under the same obligations to disclose HIV which limits sexual activities and removes life choices.

He said there was also stigma and misconceptions around the virus he was having to deal with.

Filitonga's lawyer John Munro told the court a similar case from the '90s being used to guide the prison sentence length should be adjusted given today's societal and technological advances around the virus.

"The Crown have relied on a 1995 case of Mwai which was 22-years-ago when you died from HIV once it turned to AIDS and there's no medication to assist a person.

Mr Munro pointed to the victim's own promiscuity both before and after their relationship saying he was opening himself up to the risk with 20 sexual partners in the six months before.

Judge Sharp said she didn't accept it was relevant.

Mr Munro appealed to the judge to grant a sentence of two years or less, opening up the possibility of home detention.

In sentencing Judge Sharp said while HIV was no longer a death sentence it was very serious offending and he was obliged to tell the victim of his HIV status so he could choose whether to enter the relationship.

"I don't think there's a single person alive who would want to have HIV if they could avoid it."

However she said the sentence imposed previously needed to take into account advances in medical science.

"It is my view that there needs to be a reduction to identify and acknowledge that the outcomes for an HIV positive person whilst still very serious are no longer life threatening..."

However, she said although she wished she could drop the sentence down to a level where home detention was possible she was unable to do that.

Family in the public gallery wept as she sentenced Filitonga to two years 10 months on the charge of grievous bodily harm with reckless disregard and 10 months to be served concurrently for the charge committing a criminal nuisance by an unlawful act.

He was given a reduction after having sought help for his methamphetamine addiction which both he and his partner were battling with at the time.

"Unfortunately it would appear from the evidence that I heard from trial that there is a grave element of sexual promiscuity and drug taking in certain portions of the gay community in Auckland and it would appear that both parties to this very sad and unfortunate episode were guilty of those things.

"And now we have two otherwise, I'm quite certain, very good people who suffer from the HIV virus and whose lives will be seriously compromised as a result."

John Munro said he plans on appealing both the verdict and the sentence.

Outside court his sister, Sharon Smith, said her brother was the victim of a bitter ex-boyfriend and they would be taking the matter further.

"I'm doing pretty good considering I walked in here, broke down and had a bit of a cry. My sisters are obviously a bit more emotional.

"We're not happy because justice hasn't been done for my brother. But like I said, we will appeal, he is innocent and we hope and pray that justice will be served.

"That's the most unjust thing to spend one day in prison for something you didn't do, let alone two years and 10 months."