The owners of an Auckland apartment complex riddled with issues have been hit with a $32.8 million repair bill - one of the biggest of its kind in New Zealand. 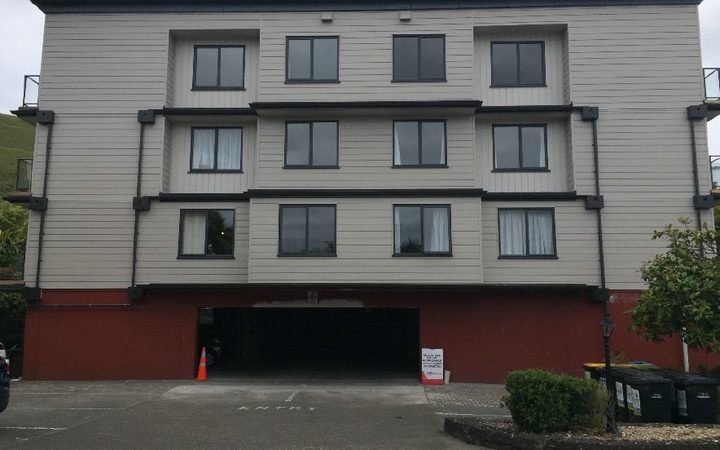 The Mount View Apartments complex in Mount Wellington was built in the late 1990s and is riddled with structural, leaky home and fire compliance issues.

Owners expected the repair bill to rise further, saying nothing in their long journey to get the 99 apartments fixed has ever gone to plan.

One owner, Maxine Pitch, bought her apartment off the plans and thought it was going to be a great investment.

But it turned out to be a big financial black hole, she said. 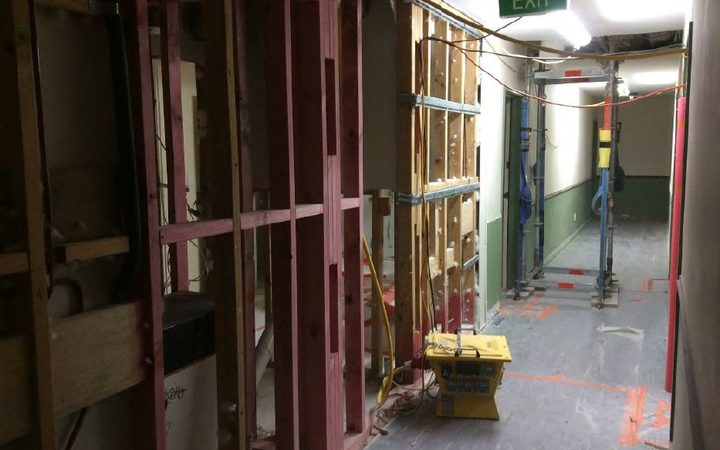 Hallway walls were stripped due to a lack of bracing. Photo: Supplied

Everything that could go wrong had gone wrong, starting with the discovery that the balconies in each unit were sagging and rotting.

"A certain percentage of the framing would need to be replaced, they thought it was about 50 percent. Once they took the cladding off, it became 100 percent.

"They then found the floors were on upside down - I know that sounds crazy - that it wasn't fire-safe, there were problems with the roof, the supports of the roof and the roof itself, and it just went on and on," she said. 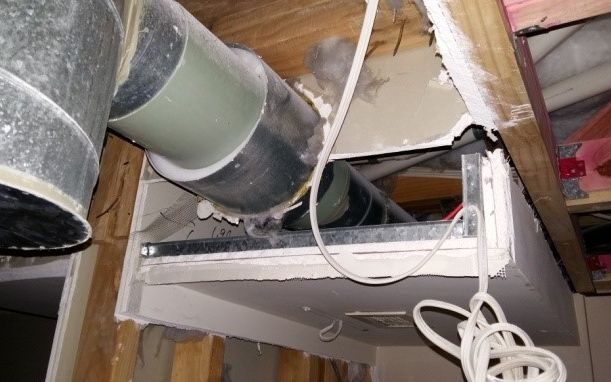 Finding out the balconies were screwed into polystyrene was bad enough, but Ms Pitch was then appalled to learn the apartments did not comply with fire regulations.

"If we'd have ever had a fire in the complex, people would have died."

Body corporate chair Peter Scott said it had been a heartbreaking journey for all involved.

"It was like unravelling one problem after another. It was sort of like peeling an onion a little bit. Every time you took off another layer, you found out there was another issue involved.

"And when you found that other issue, as happens with onions, it makes you cry a little bit more," he said.

Mr Scott said it moved from a weather-tightness issue to one of compliance as they soon discovered the original building was signed off, despite it not meeting building regulations.

He said owners had gone through a range of emotions and some wanted a person to blame, but there was no one.

"It was signed off by an independent building inspecting company that had since wound itself up and not carried on the roll-over insurance that had been required under the act at that time.

"The building company had gone into liquidation, the council hadn't been involved," he said. 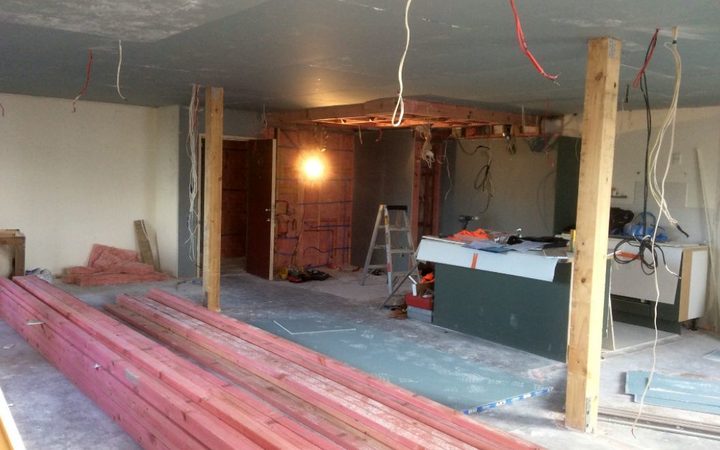 A unit interior with the walls removed for repairs. Photo: Supplied

Roger Levie of the Home Owners and Buyers Association has been supporting the owners throughout the repair.

He said if the initial investigations had been more wide-ranging than just weather-tightness, the other problems might have been discovered more quickly.

"This has been looked at as a weather-tightness problem but really it was just a generation of bad building. All these buildings have these other building defects like this fire issue, which has been found in just about every [one] that's been dealt with.

"So there are many buildings sitting out there that haven't had any weather-tightness issues so no cause to do any work, but they wouldn't be fire compliant," he said.

Ms Pitch said her apartment should be fixed by July, but she still has questions about how this situation was allowed to happen.

"Why isn't the government doing anything about this?

"There's the FAP - the financial assistance package - but really 25 percent doesn't touch the sides. And on top of that, it's going to happen again because the building regulations aren't stringent enough."

Mr Scott said, on average, each apartment owner would have to pay about $250,000 towards the repair bill.