Drivers should ditch petrol and go electric for all but the longest trips, the AA says. 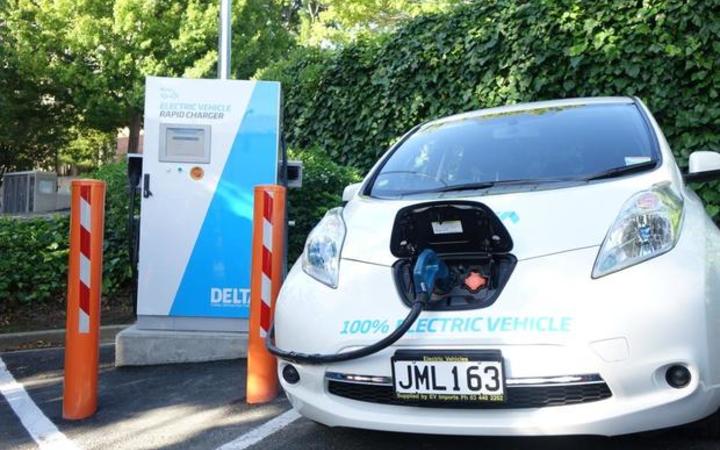 Some electric cars have a range of 200km before needing to be recharged, the Automobile Association says. Photo: RNZ / Ian Telfer

Charging an electric car costs an equivalent of 30 cents a litre, compared with over $2 a litre for petrol, the AA said.

It had crunched the numbers and found it made economic sense to buy an electric car for driving around town, and to hire a big petrol-driven car for annual holidays with the family.

It would also make sense to use an electric car for a few extra long trips besides summer holidays, the organisation said.

AA principal adviser Mark Stockdale based his logic on the fact that people used their cars for short trips around town most of the time, which was ideal for electric vehicles.

But many people did not understand their own patterns of car use, he said.

"They are a little bit nervous about what's called range-anxiety.

"They look at how far an electric car can travel on a charge and they think that is not going to last for a long journey - they will have to stop and charge up and it is all a bit of a hassle."

But Mr Stockdale said most New Zealanders did not take very many long distance trips each year.

"The average distance that a car travels is under 30km a day, and electric cars can easily cover that - some of them are up to 200km in range."

"The electric vehicle is going to save you a lot of money in terms of fuel costs," he said.

'When you occasionally need to go away for a holiday, we would suggest you look at hiring a car.

"That is because the money you save on fuel would more than offset the cost of hiring a conventional car for the two or three times a year that you actually need one."

The government and industry are pushing for more charging stations and the government has a target of 64,000 electric vehicle registrations by 2021.

Electric vehicles are more expensive to buy than petrol-driven ones but are far cheaper to run and suffer less wear and tear.