A group of grandmothers who travelled to London to display their wall hangings ended up having to forfeit their artworks and scrounge for meals after the sister of cabinet minister Alfred Ngaro broke her promise to pay their bills, they say. 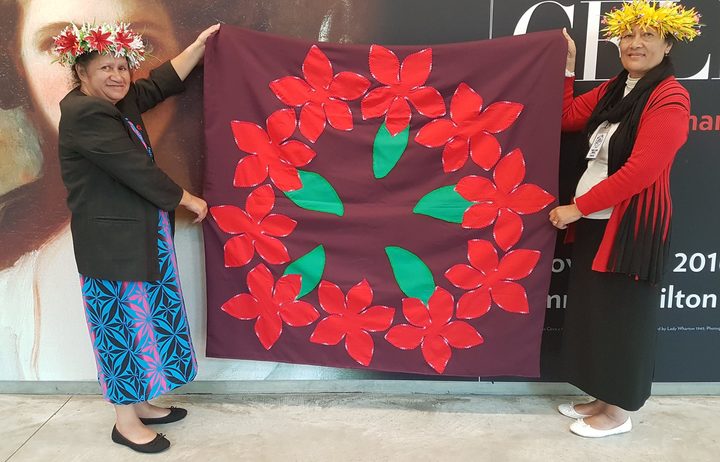 Two of the women with one of the tivaivai they made to commemorate their Cook Island ancestors who fought in World War One. Photo: Supplied

The elderly Cook Island artists, called the 'Mamas', make tivaivai, or traditional wall hangings, and were invited to participate in a travelling exhibition to London.

During their three-week stay they also planned to visit Arras in France to commemorate about 500 Cook Island Soldiers who served in World War One.

But they said a funding commitment from trip coordinator NiaVal Tali - the sister of Pacific Peoples Minister Alfred Ngaro - never eventuated and they were left to fend with the limited spending money they had brought themselves.

And the artists' hostel where their hangings had been displayed told representatives who went to collect them that the hostel would keep them because part of the women's bill was left unpaid, the women said.

The women also missed the dawn service in Arras after Ms Tali left on the 40-minute drive without them, they said.

After the trip Mr Ngaro called the women to a meeting where he apologised, and he and his wife offered them money to compensate, the women said.

However, they have not heard from Ms Tali and said they would not accept any money until she apologised.

Mr Ngaro would not comment to RNZ, saying it was a family matter. 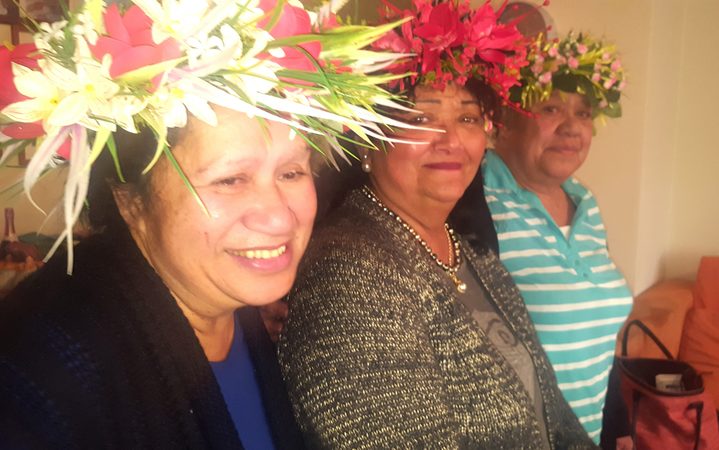 One of the artists, Ngāmata Uriaro, said originally, Ms Tali asked the group to contribute $2500 each to the trip, saying accommodation and food would be covered by grants.

But during a lay-over in Dubai on the way to London, that changed, Ms Uriaro said.

"Nia-Val came over to me and said that we didn't have any money [because] she didn't get any sponsors from anybody, [and] I have to tell the ladies we have to pay for our accommodation and food."

Another of the women, Ngā Tere, said she and the other four women on the trip - aged between 58 and 77 - had only a few hundred pounds' spending money each.

When she learned the cost of the trip would be much more, she wanted to go home but could not change her ticket.

While in London and France, they rationed their meagre budget, buying food and other items from discount stores.

However, a representative from New Zealand House who went to collect the tivaivai was told the bill had not been paid and the hostel was keeping the artworks, the women said.

Pā Ariki, another of the artists and a granddaughter of one of the soldiers the group had travelled to commemorate, said tivaivai is a taonga and similar in importance to the korowai, or Māori cloak.

The women have still not recovered their artwork from the hostel.

Ms Tali disputed what the group said about the arrangements, saying the women complained the whole time.

She did tell them she would find funding to cover their accommodation and food but never promised it would happen, she said.

"When you're an artist you don't have a whole lot of funding but the most important thing is to go over and develop yourself professionally and that's exactly what they got, they got that and more," she said.

She had never planned to take them to the dawn service, she said.

"When you've got elderly women who have got medical issues ... I was recommended to not take them out."

The women said they had medical certificates from their doctors in New Zealand and the choice should have been theirs.