A group lobbying for the restoration of the Christ Church Cathedral is calling for the government to intervene to speed up a decision on the building's future. 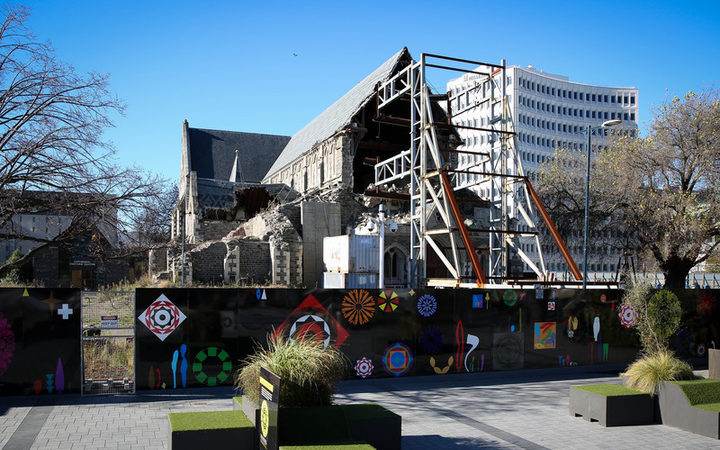 The Greater Christchurch Buildings Trust said if the government did not step in and force a decision before September, the historic earthquake-damaged building would remain in a state of decay for years to come.

In December 2015, the Anglican Church and the government announced a working group would be set up to break the impasse between the two parties over the cathedral's fate.

The church has previously said it wants to demolish the badly damaged building and replace it with a new cathedral, but others oppose that and want it restored instead.

The working group's report, due out shortly, is expected to support restoration.

But now, the Anglican Church has announced the building's future will be decided by the clergy and laity who use it, at a synod meeting in September.

Greater Christchurch Buildings Trust co-chair Philip Burdon did not believe there would be a resolution in four months' time and he wanted the Crown to step in.

"It's dragged on for six years, the church clearly has no ambition at all to resolve this issue," Mr Burdon said.

He said the government should be using its legislative powers to impose a decision on the cathedral's future that then must be acted upon by law.

"If we do not have government intervention, to at least facilitate a resolution and and allow restoration to take place we are going to have this symbol of decay and neglect sitting in the centre of the city for years to come," he said.

Minister Supporting Greater Christchurch Regeneration Nicky Wagner said it had no intentions to force a decision that way.

"At this stage we're not considering that," Ms Wagner said.

She said the issue was very divisive and the government wanted a good solution for all Christchurch people.

"I understand the September synod meeting is [Christchurch bishop Victoria Matthews'] preferred option for a decision on the future of the cathedral, however, I'll continue working with the church and others to find a solution as quickly as possible."