Up to 300,000 people a year could be missing out on ACC cover, treatment or support, the lead author of a new report has estimated. 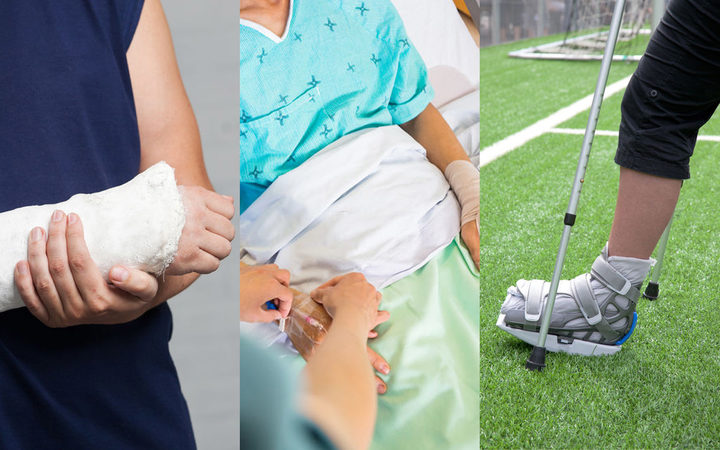 That's more than four times ACC's own estimates and it has prompted the report's authors to call for an independent commissioner to oversee the system, make it more transparent and keep better data.

They also want to see a change in the way ACC determines how an injury was caused.

ACC has disputed the claims, and says about 70,000 people have their applications for cover declined each year.

But in the report funded by the Law Foundation, lead author Warren Forster said ACC did not keep any specific data about the declined applications.

Using previously published information, the Mr Forster said the number of people missing out was actually far higher, with as many as 200,000 to 300,000 people not getting cover, treatment and other entitlements.

Mr Forster said part of the problem was how ACC accepted or declined claims based on how it determined what caused an injury.

While some claims were as simple as filling out a form at a doctor's surgery or physio, others were more complex and if they were declined it could be a lengthy process to challenge the decision.

"The bar of causation has become quite a difficult one for an injured person to overcome and what we're saying is it's moved too far away from what people understand causation to be.

"It's too hard for them, as individuals, to get what they need to fight that."

Denise Powell from ACC support group Acclaim Otago said the process of challenging a decision could take up a lot of time and cause a lot of stress.

"What happens is we end up wasting an awful amount of time and money and resources on arguing about what the cause was rather than looking at rehabilitation and treatment," she said.

A lawyer specialising in ACC disputes, Ben Thompson, said ACC held the upper hand when the cause of an injury was disputed.

"They've got tremendous resources, not the least of which is their own medical specialists in-house.

"They can get medical reports on tap, that's not an issue for them, trying to contest that as an individual ... for a lot of people that's really insurmountable."

Mr Thompson said because of that, many people were put off going down that path and instead relied on the public health system, or private health insurance.

Warren Forster said there needed to be an independent Personal Injury Commissioner, backed up by advocates, to help people use and understand the ACC system.

A woman battling ACC over coverage for brain surgery said its systems were too complicated for the average person to understand.

Charmaine Takai, who lives in Te Puke, suffered bleeding on the brain after hitting her head at work in November last year, and had to have surgery.

But ACC turned her claim down, saying she had a pre-existing head injury, which meant she did not qualify for cover.

Ms Takai said the process was infuriating and hard to understand.

"It's only because I'm in the union that we learnt about anything to do with ACC, fighting for your rights, and even knowing that it's still way beyond me.

"So anyone who's not had any teaching on anything like that I really feel sorry for them."

ACC, which disputes the report's claims, said about 70,000 people have their applications for cover declined each year.

It said its decisions were based on expert medical advice and denied applying the law about the cause of injuries too narrowly.

Its chief executive, Scott Pickering, told Morning Report he knew the scheme could be difficult to navigate for both staff and customers.

"In a scheme like ACC there has to be boundaries so people understand what they're entitled to receive and also assist their levels of funding.

"It's important that we do within ACC assist people to apply the law consistently and fairly.

He said people received the treatment they were entitled to, which was outlined by its legislation.