Principals of Dunedin schools where increased lead levels have been found in soil tests say there's no need to panic. 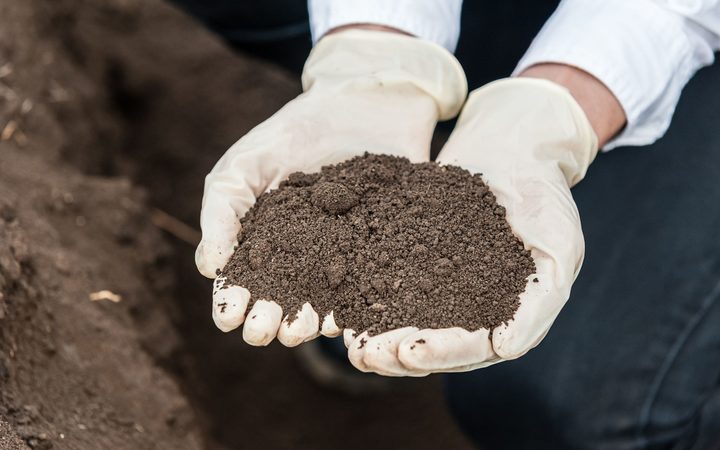 Medical officer of health Dr Marion Poore said the highest sample level was 595mg of lead per kg of soil, which is above the recommended government standard for home gardens (210mg) but below that for public parks (880mg).

Mornington School principal Brent Caldwell said his school had informed parents about the GNS findings, but the students had not been told.

"The information is really for parents of children and the kids are not getting any specific teaching around that today because I think to do that would probably be a wee bit premature, particularly in terms of children who may have concerns or may be anxious about that kind of thing."

He said teachers had been reminding students to wash their hands after playing outside.

Opoho School principal Jenny Clarke said her school had previously carried out its own soil tests when it decided to plant a vegetable garden.

She said they found evidence of lead in the soil near the site of the old school incinerator, but other areas were clear.

No students would be going near the GNS-sampled area, because it was already out of bounds, she said.

"We think this is a low-level situation."

School concerned at delay in testing

GNS Science said it notified health authorities about raised lead levels in five Dunedin schools as soon as it realised there might be a public health issue.

Bathgate Park School, Whetu Cormack], told Morning Report today it took almost a year to hear that GNS carried out testing in May 2016, and he was concerned at the delay.

However, a GNS spokesman said in a statement their 2016 research was carried out as part of a Dunedin-wide study looking at soil chemistry, and schools were notified at the time.

"Prior to the soil sampling, GNS Science wrote to the schools taking part in the project, including Bathgate Park, seeking their permission for the work," he said.

"In the letter to schools it was made clear that the results of the work would be available around mid-2017."

He said it wasn't until the raw data from 38 Dunedin schools came back from an overseas lab that GNS was able to analyse it in April this year.

When GNS identified the raised lead levels in early May, it sent the information on straight away to health officials.

'Not a reason to panic'

A study he conducted into Christchurch residential properties revealed levels as high as 2500 milligrams of lead per litre of soil.

"It seems to be a completely normal concentration in urban soil. It's contaminated through historical use of lead."

He recommended taking precautions such as peeling root vegetables grown in lead-contaminated soil.

The Southern District Health Board said the levels were above the recommended government standard for residential gardens but below the standard for recreational areas.

It said the risk to health was very low but more testing would be done if necessary.

"One sample was taken from the site, so you get that result from that particular place and it could well be that if you sampled another part of the property the levels would be much lower."

Dr Poore said once all the school visits had been done, her team would determine if any further testing was needed.