The Family Court is failing to protect women and a Royal Commission of Inquiry is needed, a group pushing for changes to the court says. 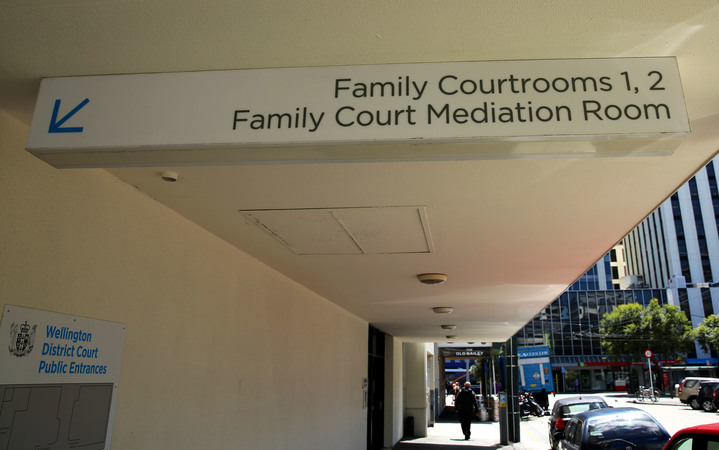 The Backbone Collective said it was not enough for someone inside the system to investigate the Family Court. Photo: RNZ / Alexander Robertson

The Backbone Collective said the Justice and Courts Minister Amy Adams' dismissal of its report on what it said was the failure of the court to protect women and children was "hugely disappointing."

In a letter to the group, Ms Adams said she was "not satisfied that allegations of bias on the basis of anecdotal evidence prove systematic bias in the Family Court".

The top Family Court judge, Laurence Ryan, and the Law Society have also said the report is unfair and flawed.

Backbone Collective co-founder Deborah Mackenzie said its members were "horrified" at the minister's response and that the government and courts' responses were similar to that of an abusive partner.

"That is, the violence is denied, minimised and women are blamed for it ... so when Backbone put the issues forward to these three authorities we've received the exact same response."

"Well the fact that we don't necessarily agree with the conclusions they've drawn is true.

"However, disagreeing with them, I would not agree it carries the insinuation that they're implying," she said.

The Family and Whānau Violence Bill, currently before Parliament, would resolve many of the concerns raised by the Collective, she said.

However the group believes it would not change a thing.

The Backbone Collective is calling for a Royal Commission of Inquiry into what it believes is the failure of the court system for so many women.

"It's not enough to have someone from inside the system look at what is going on. From what women are telling us the system is so broken and dangerous and the issues are so widespread," Ms Mackenzie said.

'I feel like I've been slapped in the face several times'

One member of the collective, who RNZ agreed not to name, said the Family Court failed to protect her from her abusive husband after she left him - with the help of Women's Refuge.

Despite her lawyers and the refuge saying she needed a protection order against him the judge would not give her one.

She moved house, but her husband moved in next door.

She had been involved in family court proceedings for 11 years now and felt totally let down by the system.

"I feel like I've been slapped in the face several times ... and I'm grieved because Judge Ryan and Minister Adams' statements seems to stop any hope that things will get better."

Ms Adams said she was always open to improving the courts but she believed there was already a strong judicial system in place.