Auckland dairy and liquor store owners say they are considering a mass hunger strike to "press the government into action", after another violent robbery put a man in hospital. 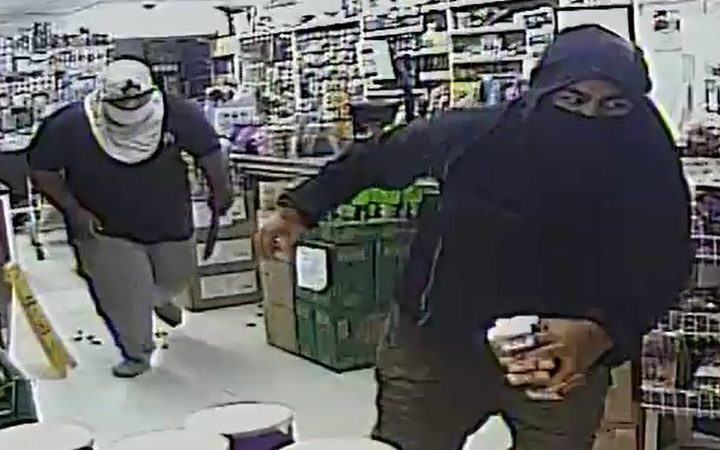 The victim of last night's attack at the Kingsford Supermarket in Mangere last night suffered facial and head injuries, as well as bruising to his body.

Vikas Singh was put in hospital after four masked men stormed the shop about 7.30pm. 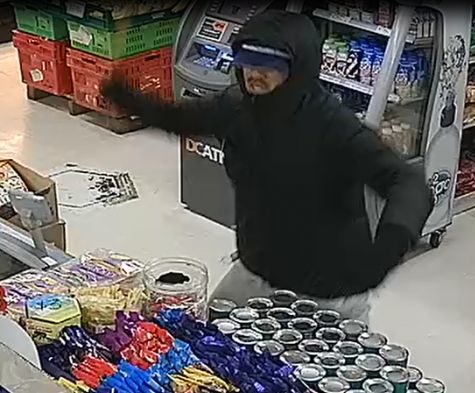 The incident was caught on security camera. Photo: NZ Police

"They just jumped on him, and they just hit him on the head," said owner Kamiljit Singh.

"They punched him, kicked him, then another guy came in, the big guy put a machete on his neck, holding him, then he kicked him again and dropped him on the ground."

The men were not able to open the till, so stole a "small amount" of cigarettes before fleeing on foot.

Police have reviewed CCTV footage and carried out a scene examination, and are appealing to the family and associates of the men to come forward.

"This is absolutely disgusting behaviour and these individuals should be ashamed of themselves," said Detective Senior Sergeant Albie Alexander. 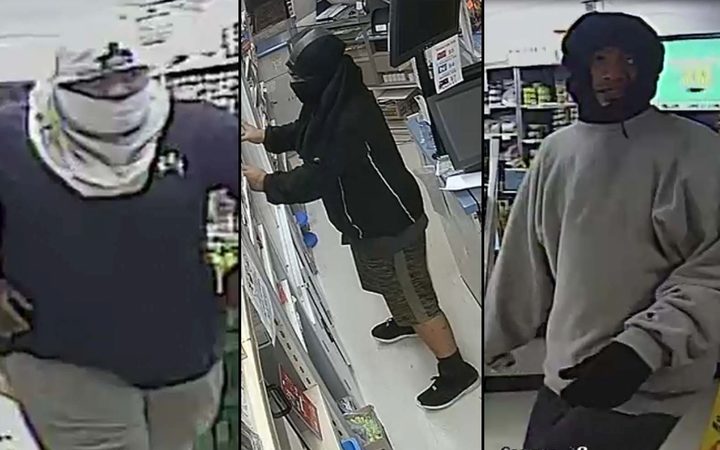 All four of the men involved in the incident were caught on camera. Photo: NZ Police

Mr Singh said before last night, his shop had been robbed just once about 30 years ago, but he felt it was important to tell his story to media.

"I believe there's nothing much being done by politicians, crime is rising day by day.

The Crime Prevention Group - a collective of Auckland dairy and liquor store owners - has floated the idea of the hunger strike, after growing increasingly frustrated by what it claims is inaction on violent robberies.

"Attacks are becoming daily routine with no deterrent in place," said founder Sunny Kaushal. "The authorities are failing to protect shop owners, they are living in fear every day."

"This reflects the seriousness of these offences.

"The actual sentence received in a particular case is calculated by the Judge who will take into account any aggravating and mitigating factors."

"Police have a real focus on catching these offenders and holding them to account. Since February, police have arrested 68 people for aggravated robberies across Auckland which have occurred in the same time period.

"We hope this sends a clear message to those people who think these types of cowardly crimes are acceptable that they will be held to account and placed before the courts."