A Southland mayor has apologised "hand on heart" for spending more than $1 million in ratepayer money towards a cycle trail court case it has now dropped. 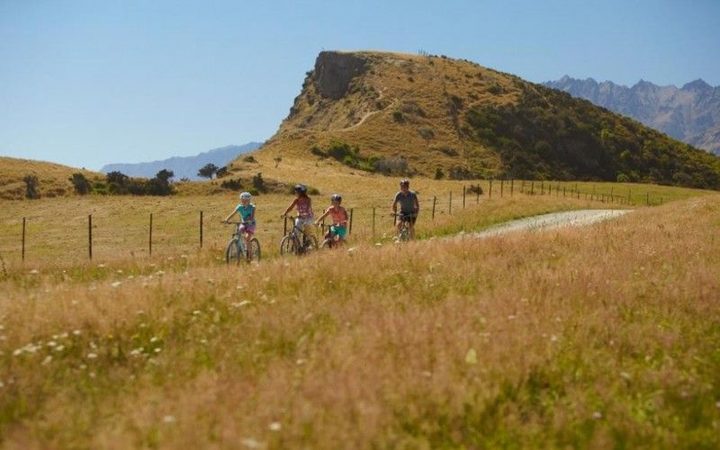 The Southland District Council met behind closed doors today to decide how to finish the Around the Mountains Cycle Trail, which attracted ratepayer protests about overblown costs.

It has been locked in a long-running court case with Fish and Game over the route of the final stage of the trail, and has spent $950,000 in legal costs.

The council decided today to drop its High Court appeal over the route.

Fish and Game had won an appeal in the Environment Court against a resource consent to run a proposed section through a world famous trout fishing area on the Upper Oreti River.

Mayor Gary Tong said the council had reached a settlement with Fish and Game, and would pay them $175,000 in costs, bringing the total amount spent to $1.125m.

"There'll be disappointed ratepayers and I have to apologise for that hand on heart, it's blown me away as well."

He said he never expected to spend so much money on a court case.

"It's disappointing, I didn't think it would get up to this amount of money.

"Council would have loved to have won but we are where we're at, so [we] put our hands up and move on."

Fish and Game Southland chair Graeme Watson said the council had made a "wise decision".

"We're delighted this long, drawn-out battle is now behind us and we can move on," he said.

Fish and Game was happy to work with the council to develop a new route down the Mararoa Valley, he said.

Mr Tong said the council would consult with ratepayers before making any final decisions on finishing the trail.

The 180km upper Southland trail was designed in a loop from Kingston down to Mossburn and up to Walter Peak, but the proposed section between Centre Hill and Mavora affected by the court case has not been finished.

Trail could cost up to $14m

Initial engineers' reports indicated it would take about $13m to complete, but in 2013, the council arbitrarily agreed on a figure of $8m, according to a report released by Deloitte last August, which said the project had been poorly managed.

The council originally promised ratepayers would not pay for the trail because the $8m cost would be raised from grant money and government funding, which was given on condition the trail would be completed.

However, the council overestimated how much it was able to obtain through grants, and used reserves and ratepayer money to fund the shortfall.

So far about $9.8m has been spent on the trail, including court costs, but projected costs have indicated finishing the trail might bring the total cost to about $14m.

At a council meeting in February, a ratepayers' group called for a halt to any more spending.

But Tourism Minister Paula Bennett said the council had an obligation to finish the project, as per the terms of its government funding agreement.