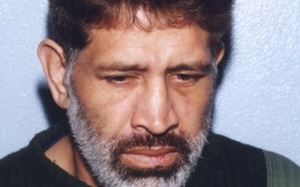 Ms Burdett was killed in 1992 and Rewa was tried twice for the crime.

Neither jury was able to reach a verdict and after the second trial he was given a stay of prosecution.

Instead, Teina Pora was wrongfully convicted of Ms Burdett's murder and spent 22 years in prison before his conviction was quashed in 2015.

Since then, there have been calls from Ms Burdett's family and Mr Pora's lawyers for Rewa's stay of prosecution to be lifted so he could be tried a third time.

Police Commissioner Mike Bush announced this afternoon that after Mr Pora's conviction was overturned, Solicitor General Una Jagose had reviewed the stay of prosecution and would now apply to the High Court to re-try Rewa.

"The family of Ms Burdett have been advised of this development. Mr Rewa has also been advised," Mr Bush said.

A team of homicide detectives was now working on the case, in the event that a third trial was granted, he said.

The legal team that represented Mr Pora said it was pleased police were seeking to re-try Rewa.

Lawyer Ingrid Squire said they had been working with the Solicitor General's office and police to bring about justice.

"As we've said previously, along that journey, one of the things that we developed a keen interest in and wanted to see progress was someone actually being held accountable for Susan's death.

"We're very pleased to hear the announcement today and we see that as a step in the right direction."

She believed Rewa's case would meet the threshold for a retrial.

Rhonda McHardy, who was raped by Rewa two weeks before Ms Burdett was killed, also welcomed the news.

She had given up on a retrial as a lost cause, she said.

"It matters to me personally because, at the time that I was attacked, I was quite sure he was capable of killing me, and so for the police to be even open to re-trying him for the murder of the woman that he raped two weeks after me is a really big deal."

But Barry Hart, a former criminal lawyer who has previously represented Rewa, said he was disappointed at the move.

Mr Hart said there was no way his former client could get a fair trial, so it should not go ahead.

Mr Hart said, in his understanding, there was no fresh evidence in the case.