The graves of about 30 babies have been damaged by contractors in Auckland.

Auckland Council said flowers and decorations on two rows of graves in the babies' section on the western lawn of Manukau Memorial Gardens were damaged during mowing of the surrounding lawns this week.

Earlier, the council said 170 graves had been affected. However, it has since corrected that number to about 30, in an area containing about 170 plots.

Parents of children buried in the area were urged to contact the council so it could determine if any damage had occurred on their plot. 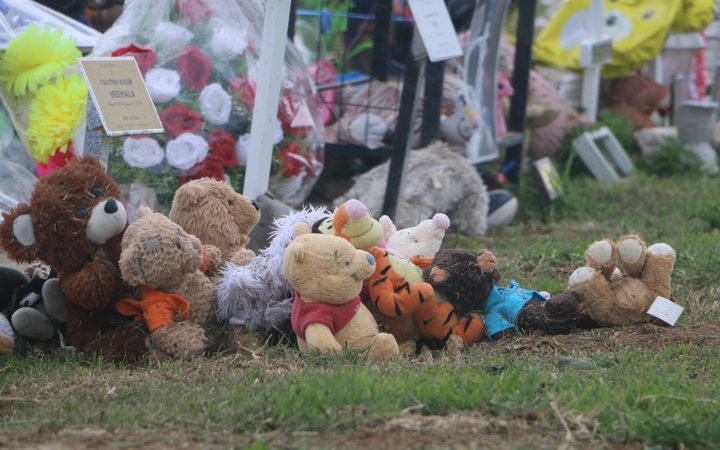 The damage had been cleaned up when RNZ visited the cemetery. Photo: RNZ / Eva Corlett

Council staff were at the cemetery today to speak to visitors.

Auckland Cemeteries manager Catherine Moore said the council was very disappointed the damage had occurred and it would be fixed.

Decorations had been placed on the concrete berms next to the burial plots and the area had been tidied, she said.

Broken decorations had been collected and stored.