The government has outlined its plan to deal with New Zealand's "unenviable record of extinction". 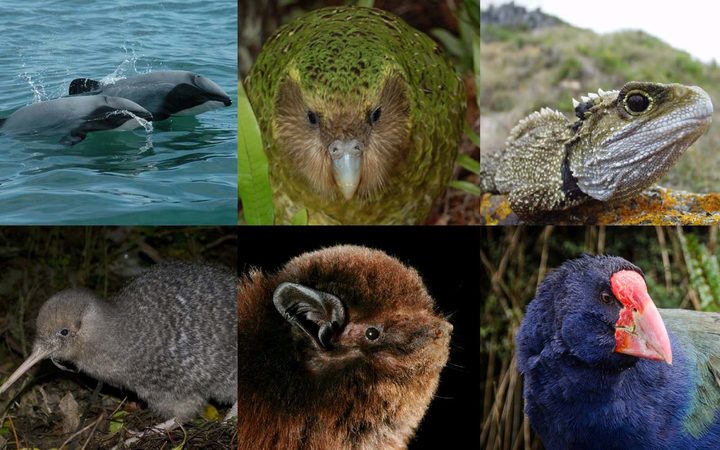 The Department of Conservation today released its draft strategy to halt the decline of New Zealand's threatened species and restore them to healthy populations.

In the 750 years since humans came to New Zealand, at least 76 bird species, three frogs, at least three lizards, one freshwater fish, four plants and an unknown number of invertebrate species have vanished.

"The mauri of our natural world has been diminished," the strategy said.

At the moment, 800 native species in New Zealand are classified as threatened and faced with extinction.

A large proportion of our biodiversity is endemic to this country, making them particularly vulnerable.

The goals in the strategy include managing 500 species for protection by 2025, a 40 percent increase on today, and to increase that to 600 species by 2030.

This would build on the 2050 predator-free goals set out last year, and other environmental initiatives.

The strategy also focuses on ensuring the long-term health of 150 species will be improved by 2025. Those at-risk species included a number of kiwi, takahē, kākāpō, Māui and Hector's dolphins, great white sharks, long-tailed bat and tuatara among many others.

The department said Māori possessed a wealth of knowledge that would help in the recovery of species, and integrating te ao Māori (the Māori world view) and mātauranga Māori (Māori knowledge) into the recovery programmes by 2025 was also a goal.

More than 3000 native species were classified as 'threatened' or 'at risk', and this was expected.

The department said knowledge gaps were a significant challenge.

"We simply do not know enough about some threatened species to assess their risk of extinction."

Of the about 13,000 species assessed, approximately 3000 have not been given a conservation status because of the lack of information about their population size or trend.

Some of those species would be reclassified as at risk or threatened as information improves.

A conservation professor called the strategy to halt the decline of native species under-whelming.

Jacqueline Beggs is an associate professor of conservation biology at the University of Auckland and she is also on the board of the Endangered Species Foundation.

She did not think there was anything startling new in the package, she said.

A huge number of species were in serious trouble - and action would need to be bold and fast to make enough difference to save even a fraction of those, she said.

She had hoped there would be an announcement of some funding to implement what was trying to be achieved, she said.

"The government has to step up too and invest strongly in this area, because you need a core of expertise that the Department of Conservation can provide, and that has to be funded well.

"For me, that's the bit that is missing."

Minister of Conservation Maggie Barry said extra resources would be announced over the next few weeks.