The former leader of the Conservative Party says he was subjected to a modern version of the medieval punishment known as the stocks. 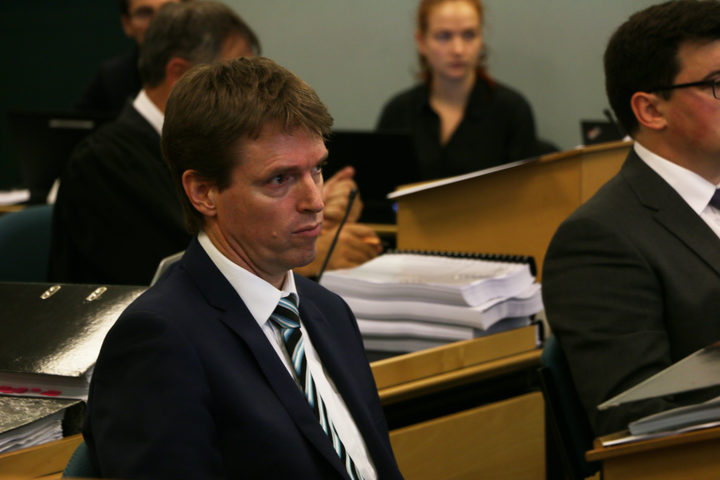 He said his reputation was dragged through the mud as a result of Mr Slater's blog.

In his opening address to the court, Mr Craig summed up his case against Mr Slater like this:

"This is a case about reputations, it's a defamation case.

"It's going to be particularly relevant, I think, because one of the key issues that we're going to have to look at is: What duties are there on bloggers - in terms of what they say and how they report that - firstly, to be accurate but also to address their social responsibility in performing their role as a journalist."

Mr Craig is suing Mr Slater for 18 separate statements which he says are defamatory.

Many of the statements relate to Mr Craig's relationship with his former press secretary Rachel MacGregor.

Mr Craig acknowledged he had a close working relationship with Ms MacGregor and the pair would often text and write letters to each other.

He said he believed Ms MacGregor welcomed his letters and read out one of her responses.

"I just wanted to say: Thank you so, so, so much for your letter. Some of the words in it are powerful. It means so much to me that you've taken the time to write it. Thank you. I'm re-reading and re-reading it [smiley face]."

He said on Election Night in 2011 after the pair had been working long hours, they kissed. He said both regretted what had happened and they agreed on boundaries in their relationship.

Three years later, two days before the 2014 election, Ms MacGregor resigned after a dispute over pay.

The next he heard from Ms MacGregor was that she had filed a sexual harassment claim against him. The pair eventually came to a confidential settlement.

But meanwhile stories were appearing on Mr Slater's blog.

Mr Craig said he stepped down while a review of the allegations took place but they took on a life of their own.

"So damaging were the allegations, that ultimately in discussion with the party - the party that I loved and poured my heart and soul into - I stepped down as even being a member of that party."

Mr Craig said he decided to refute the allegations by publishing a booklet.

"My reputation had already been dragged through the mud and I had been ridiculed and vilified extremely publicly. It felt almost like I had been subject to a modern version of the medieval stocks where people were immobilised in a public place and rotten food was thrown at them."

It is for this booklet that Mr Slater is counter-suing Mr Craig, claiming more than $16 million in damages.

Mr Craig addressed this: "If you are attacked, you are allowed to respond. It's a robust privilege."

He said he would be calling up to eight witnesses, including his wife and Conservative Party staffers.