Dunedin parking wardens have recorded 18 incidents of violence or abuse after a month of using body cameras. 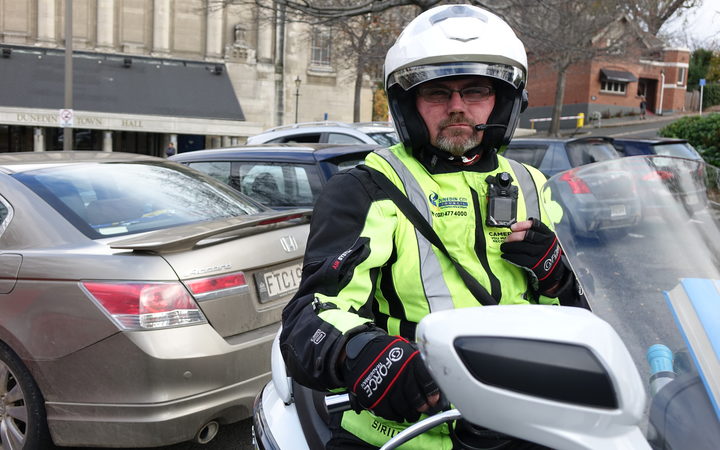 Dunedin warden Bevan Mears said last year a man "chestbutted" his shoulder while he was writing him a ticket. Photo: RNZ / Lydia Anderson

The cameras have been rolled out in several centres including Wellington and Hamilton, and can be activated if a warden senses a situation is becoming tense.

"Some of the officers have people start-up at them and they've seen the cameras and they've totally switched - done a complete 180 and turned from being aggressive, abusive, to nice as pie."

Mr Mears said in his 12 years on the job he had been physically assaulted once, last year when a man "chestbutted" his shoulder while he was writing him a ticket.

However he said for the most part members of the public in the city were well behaved.

"They are good, it's just they might be having a bad day and you come along and they see you put a ticket on the car and they decide it's time to vent." 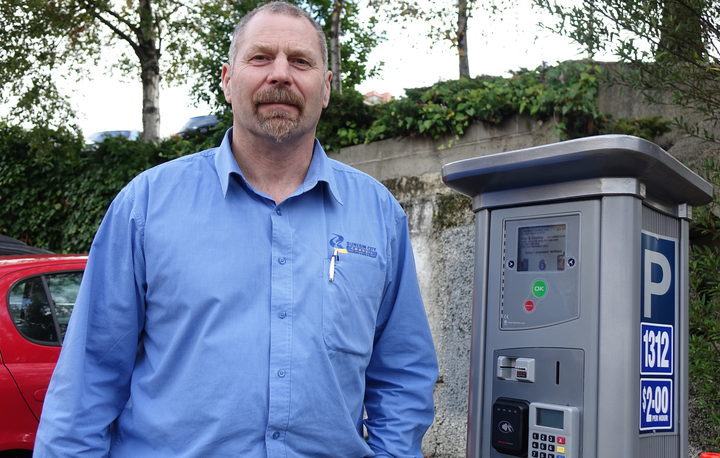 The city council's parking services team leader, Peter Hanlin, said the cameras cost between $1500-$1700 each, but buying one for each of the council's 10 wardens had made a difference.

"It gives the officers the confidence to back them up and assist them with getting their point of view across."

Footage that did not need to be held for further investigation would be deleted, he said.

He said the wardens had activated the cameras 18 times so far, and two incidents had been referred to police, including one where a warden sustained minor injuries.

He could not discuss the incidents under investigation, but said having the cameras made them easier to report.