A terminally ill man has been sent to prison for four years and nine months on a list of sexual violation and indecency charges. 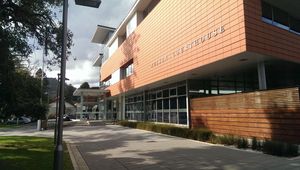 The man, whose name remains suppressed, was sentenced in the Nelson District Court today after he was found guilty at a trial earlier this year.

The charges relate to offending over a long period of time against his adopted daughters.

Judge Tony Zohrab described the offending against one of the girls as spontaneous and unplanned, but opportunistic in relation to the other.

The victims' suffering was revealed in statements read in court on their behalf.

One said she felt dirty because her body was never protected when she was a child.

The other said she continued to feel unloved and unwanted and grieved for the family she never had.

"This has totally affected my whole life and the direction it has gone. I don't feel wanted or loved by anybody - I can't get close to anybody for fear of being hurt again.

"When I see people with their families it hurts, because I know I don't have any. It makes me angry and really jealous," the support person read.

Lawyer John Sandston sought a merciful sentence because of his client's condition, and credit for his former role in the community.

"While he can't expect a particularly large credit it would be wrong in principle and in law to simply say 'this is very bad offending - you're not getting any credit for it'," Mr Sandston said.

He said his client's health situation warranted a sizeable credit.

"He is suffering from a terminal illness... he does, all things being equal, have a finite situation," Mr Sandston said.

Judge Zohrab noted the man's prognosis was not good, and granted some concession.

"I've given you a credit for the good work you've done in the community.

"I've also acknowledged your health difficulties, but the inescapable effect of your offending is that you eventually die, and these two victims are going to be suffering for a long time to come," Judge Zohrab said.

Judge Zohrab noted that the man continued to deny he was responsible, which he also factored into the sentencing.

"In terms of the purposes and principles of sentencing that are most relevant to your sentencing are deterrence, denunciation, accountability - I've also got to consider providing for the needs of the victims. I'm also required to consider rehabilitation but that really falls by the wayside because you maintain your innocence."

Judge Zohrab said he agreed with the jury's verdict, and that the complainants were credible, reliable and measured in their evidence.

Where to get help relating to sexual violence: