A man hired a group of gang associates known as the Ghost Unit to carry out a kidnapping that turned fatal, the Crown says. 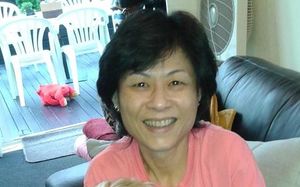 Jindarat Prutsiriporn, 50, died from a serious head injury after falling from the boot of a moving car in the south Auckland suburb of Papatoetoe in March last year.

Six of the 11 people arrested are on trial in the High Court at Auckland.

A sixth man - Tevita Fangupo - faces a charge of kidnapping only.

They kidnapped Ms Prutsiriporn in February last year, he said.

But police were called by a neighbour who noticed people loitering on the street in the middle of the night and the operation was cancelled.

Two weeks later they were back - Mr Kayes said this time, along with the Ghost Unit, Mr Liev got his friends Sodarith Sao and Apichart Korhomklang to lure Ms Prutsiriporn to a car on the pretence of a drug deal.

It was at that point the Ghost Unit struck.

"[Another man] Panepasa Havea told Ms Prutsiriporn that she was coming with them.

"He said words to the effect of: 'Don't scream or try anything, or else I will shoot you. If you try anything, I know where your family lives and I will hurt them.'"

Ms Prutsiriporn was then driven to west Auckland, where she was transferred to other cars before Mr Haurua and Mr Vaifale were put in charge of her.

They drove her to Mr Haurua's home where they bound her in strips of ripped sheet. They left after a couple of hours.

"It was apparent that Ms Prutsiriporn was making too much noise. And we know this again because Mr Haurua updated Luigi Havea again in a text: 'Uso, we going to move, G. She's being too noisy, uce.'" 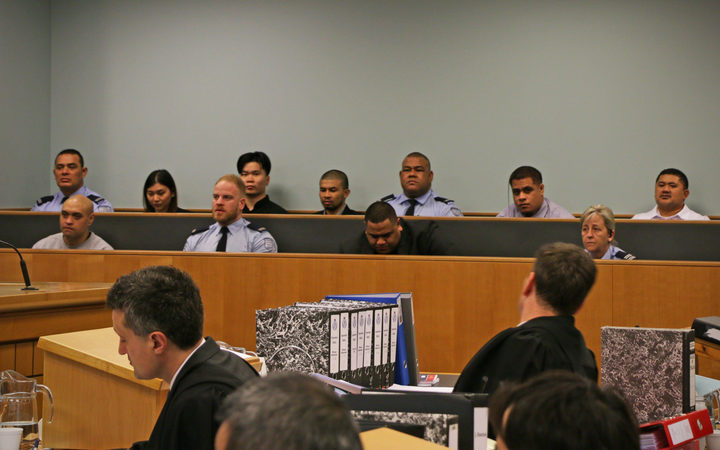 The Crown's case is they then headed to Mr Korhomklang's home in Mangere, parking the car in the garage.

Hours later, Ms Prutsiriporn was moved to yet another car - belonging to a man with name suppression. He is expected to give evidence later in the trial.

She was then driven to another house in Papatoetoe where Sao was put in charge. He has admitted his part in the attack.

Some time later, banging noises were heard coming from the car boot.

"And the Crown says that while she was in the boot of that car, Ms Prutsiriporn was able to do a number of things.

"One, she took one of the knives she found, placed it in some foam and hid it down the front of her trousers, no doubt, the Crown says, to potentially protect herself if she was to escape. And the other thing she did was to use that chef's steel, the knife sharpener, to try and force the car boot open."

Mr Kayes said Sao drove off through the streets of Papatoetoe.

It was while stopped at the lights on Huia Rd, some 20 hours after being kidnapped, that Ms Prutsiriporn managed to jimmy open the car boot, falling onto the road.

"When the first witness came to assist her, she was found nearly unconscious, barely breathing and foaming from the mouth. She also had loose bindings around her neck, her waist and her ankles. She was holding that chef's steel that I've been talking about," Mr Kayes said.

She was taken to hospital where she died two days later from head injuries.

Mr Kayes said there would be evidence from a pathologist that showed Ms Prutsiriporn had serious head injuries before falling from the car.

Mr Liev's lawyer, Mark Ryan, told the court his client was not the organiser - that was another man to whom Ms Prutsiriporn owed money for drugs.

He said Mr Liev had no idea Ms Prutsiriporn had been kidnapped.

Mr Korhomklang's lawyer, Hugh Leabourn, said his client believed he was taking part in a drug deal - not a kidnapping.

He also cautioned the jury about some of the Crown's witnesses who had something to gain by giving evidence.

Tafito Vaifale's lawyer, John Munro, said his client had no contact with Ms Prutsiriporn hours before she escaped, and questioned how he could be responsible for her death.

The trial has been set down for three months and will hear evidence from over 100 witnesses.