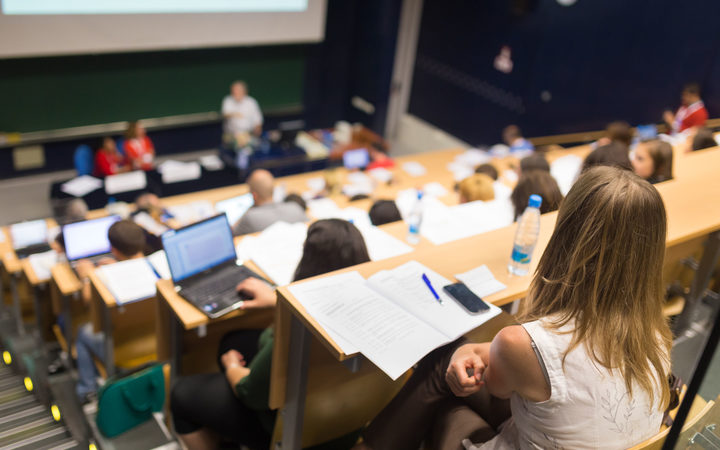 Overnight, the Australian government announced higher education cuts and changes, including a decision to stop subsidising enrolments by most New Zealand citizens and Australian permanent residents from the start of next year.

Those students would be charged the domestic full-fee rate, pushing the amount they would pay to study in Australia from about $7000 a year to about $24,000 a year.

However, New Zealanders would get access to the Australian student loan system.

An Australian government document said about 20,000 New Zealanders and Australian permanent residents were enrolled in Australian institutions and the change could encourage about 60,000 more to enrol because they would be able to borrow money for their fees.

The changes would not apply to New Zealanders who had lived in Australia for more than 10 years and arrived as minors - they would continue to be eligible for domestic fees and Australian student loans. The document said there were about 1800 students in that group last year.

Australian-based New Zealand rights advocate David Faulkner said most New Zealanders would end up with crippling loans if they studied in Australia and more expats would send their children back to New Zealand for tertiary education.

"We're already seeing significant numbers of children returning temporarily to New Zealand to get education under the current regime. I would imagine that will increase markedly if this new regime is brought in."

The deputy chairperson of lobby group Oz Kiwi, Joanne Cox, said the change had pulled the rug out from under young people who were planning to go to university in the next couple of years.

She said increasing numbers of expats were already sending their children back to New Zealand for tertiary education, but there was little benefit in that movement for New Zealand.

"The New Zealand taxpayer will foot the bill for their education and then that young person will return with their skills and qualifications to benefit the Australian society rather than the New Zealand society," she said.

Ms Cox said the Australian government was constantly changing its rules for New Zealanders and the situation was a shambles.

Meanwhile, New Zealand Prime Minister Bill English said he was not happy about the change - but ruled out retaliating by stopping the New Zealand subsidies that allow Australians to study in New Zealand at domestic fee rates.

"We prefer to be in a situation where we have a positive relationship with Australia and Kiwis get a good deal in Australia. That's better than a sort of mutual 'arms war' to see who can treat each other's citizens worst," Mr English said.

"New Zealanders will be left short-changed as a result of these changes, forking out thousands more dollars to study in Australia," he said.

Foreign Minister Gerry Brownlee will discuss the change with his counterpart during his upcoming visit to Australia.