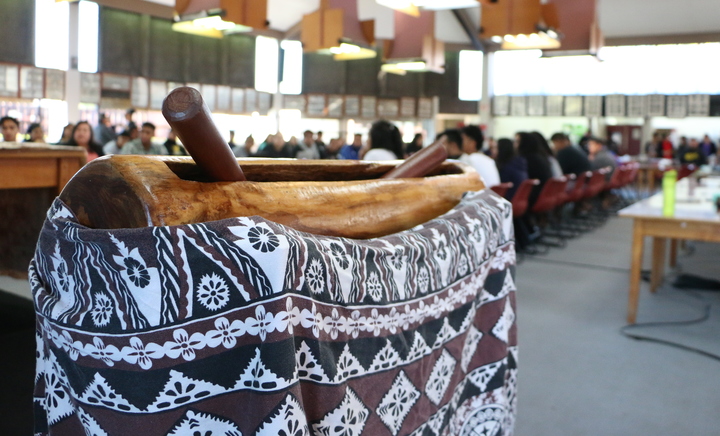 The call has come from the Pacific Youth Parliament, which was set up to give young people a taste of how political decisions are made in New Zealand.

It coincided with the publication of a new study that found Pacific youth were three times more likely to attempt suicide than other ethnicities.

More Pacific scholarships, a greater understanding of Pacific history in schools and workplaces, higher pay for Pacific women and maintaining Housing New Zealand stock were all called for as part of the Pacific Youth Parliament (Our Movement) 2017 Bill presented last night in Christchurch.

The group also called for a compulsory and comprehensive mental health programme to be introduced in schools, along with frequent visits by a mental health liaison.

Youth MP Kristoffer Lavasi'i, 19, said he did not really talk about mental health growing up in Hamilton and it was not until after high school that he discovered two of his close friends were finding things difficult - "one who admitted he was suffering from severe depression and anxiety, and another who said they were basically cutting themselves".

"It was really confronting to me because I was like, 'Oh wow, I didn't even know what to look for,'" he said.

"And even worse, I don't know how to handle it now."

An Auckland University study that showed Pacific youth were three times more likely than Pākehā to take their own life was confronting, he said.

"I think that reflects the urgency of some of the things we're suggesting like compulsory mental health education. It just came out of this space where we were all very confronted and alarmed by our representation in the statistics."

Chief executive Monique Faleafa said delivering providing mental health programmes in high school would decrease the stigma surrounding the issue and would not have to cost a lot.

"I think that if it was a national programme, we could actually ensure that it's infused within a school curriculum," she said.

"It could just be a little tweak and an add-on within that health and education curriculum that young people are already learning about."

Outgoing Education Minister Hekia Parata said mental health was one of the seven key areas of learning in the Health and PE curriculum.

She acknowledged it was up to schools how they delivered it but said the responsibility for educating students about mental health needed to be shared between schools, parents and whānau.

It would help break down some of the barriers Pacific people faced when opening up to strangers, he said.

"I feel like our young people would be able to respond more actively to that rather than , 'Oh go to the counsellor, he'll fix everything,' kind of approach."