A surf instructor says the rescue of a French tourist attacked by a shark at a Southland beach was a textbook operation. 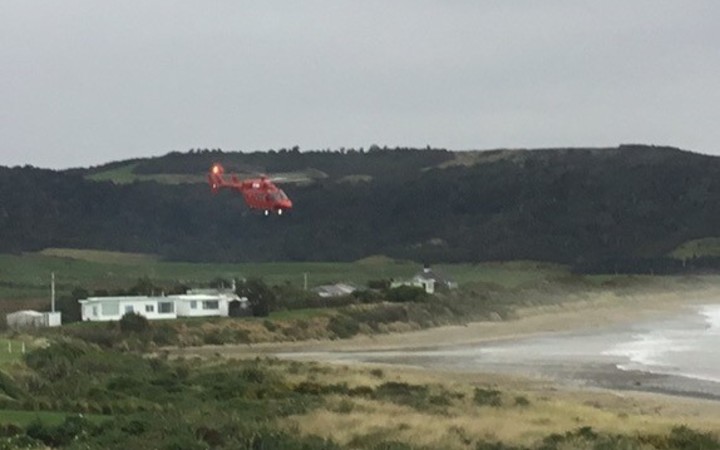 The woman, who is in her 20s, was bitten on the leg by the shark about 2pm while paddling in Porpoise Bay, near Curio Bay in the Catlins.

She has been flown by helicopter to Dunedin Hospital and was in a moderate condition.

Catlins Surf School owner Nick Smart told Checkpoint with John Campbell the woman was body-boarding with three friends when she was attacked.

"She's OK. She never lost consciousness. She does have a nasty gash on the back of her leg.

"The emergency services were textbook stuff, they arrived quickly, the chopper showed up within about 30 minutes."

He and others at the beach did what they could to help her before emergency services arrived.

"I quickly went back to my office and got my stretcher, we put her on the stretcher, carried her up into my friend's house, which is right on the beach," he said.

"They had the fire going so we brought her inside ... applied pressure on the wounds, and just basically waited for the ambulance and the helicopter to arrive."

St John said it was called about 2pm and sent an ambulance and the Otago Rescue Helicopter.

A local motel manager, Val Glendinning, said the area was popular with surfers, with the local surf school often running lessons in the bay.

The Otago Daily Times reported that in 2014 Queenstown man Darren Mills was bitten three times by a shark and was seriously injured while surfing at Porpoise Bay.

The most recent fatal shark attack in New Zealand happened in February 2013, when Adam Strange, 46, was killed while swimming at Muriwai Beach in west Auckland.

In 2005, a New Zealand child was killed by a shark in Vanuatu. 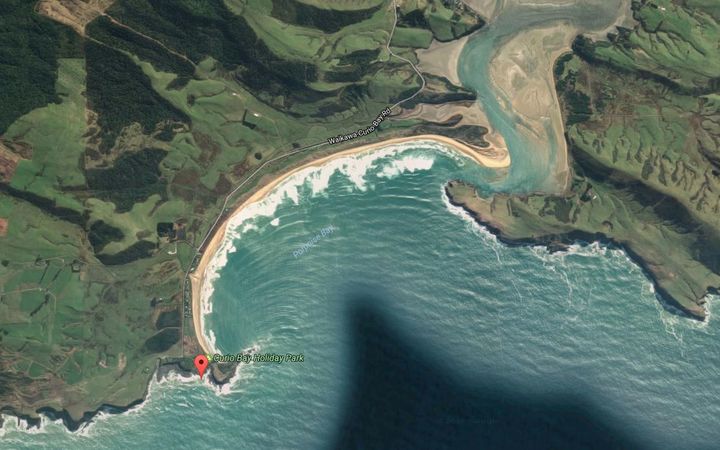 Curio Bay is a small rocky bay, near the settlement of the same name and the larger golden-sand Porpoise Bay. Photo: Google Earth