Hundreds of disability support workers around the country took to the streets this morning in a one-hour strike against their working conditions. 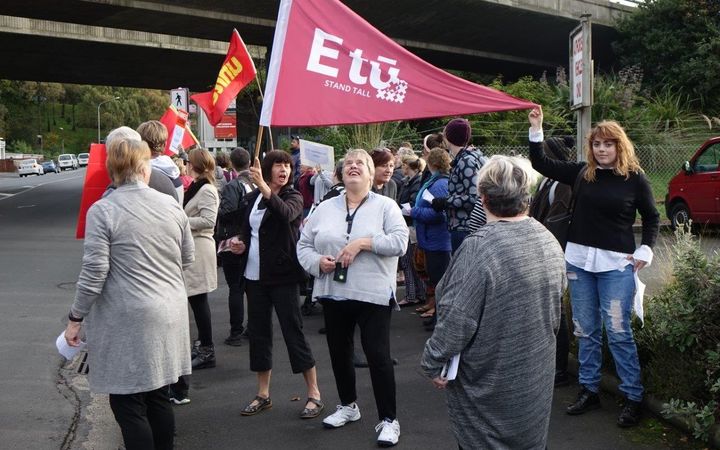 IDEA Services staff are asking for more reliable working hours, a pay rise of 1-2 percent and a say in health and safety negotiations.

Workers' unions E Tū and the Public Service Association have been in negotiations with IDEA's parent company, IHC, since September last year

In Dunedin, 36 workers holding placards protested outside the IDEA headquarters this morning. 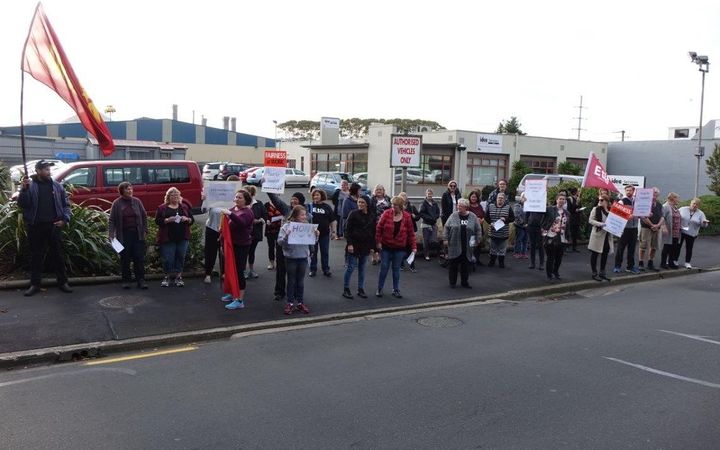 Organiser Anne Galloway said morale was at an all-time low.

"The members are very, very angry. There have been a lot of changes in IDEA in the last couple of years and I've never seen the morale as low as it is now."

IDEA Services employs about 3000 care support workers throughout the country.

Today's demonstrations were held in Dunedin, Counties-Manukau, Northland, Nelson, Blenheim and throughout Canterbury.

Workers will hold further demonstrations in Auckland and Wellington next month.

"Now that an announcement has been made we hope to be able to agree a collective soon," she said.

"We continue to meet with the union in good faith and IDEA Services has plans in place to ensure no one we support is adversely affected by strike action."