A woman who accuses a senior Northland policeman of sexual harassment and molestation over a period of four years has spoken about her complaint. 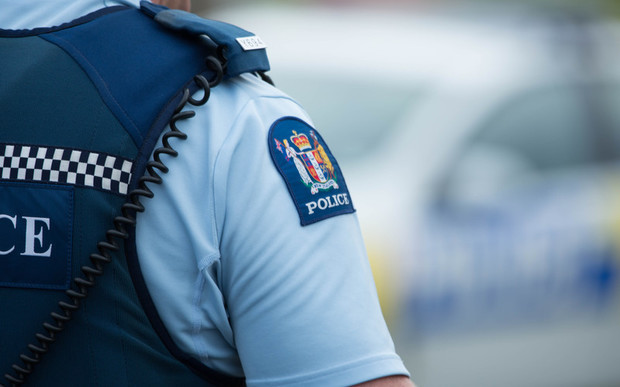 The Independent Police Conduct Authority has confirmed the complaint against the officer, and a meeting on how to proceed with it will be held tomorrow.

The woman, who does not want to be named, this month lodged a complaint against the officer with the IPCA.

She said she first met the officer in 2002, when she was in her mid-20s and was in a violent relationship.

"I was beaten for four hours and stabbed five times. I was really terrified at the time, and that's when [the officer] started working on my case," she told RNZ.

"He began visiting me at the house that I was staying at while I was recovering. And he began texting me often to see how I was doing."

She said at first she thought he was just being kind.

"Then he became a little bit too friendly and bought me flowers and asked me out for dinner. And wanted me to wear a red or black dress. So, of course I declined and felt weird about the whole situation.

"I didn't do anything about it because we were always discussing the case when he'd come over. So it wasn't until he started calling me 'Spice' through text messages, that I started getting quite creeped out."

In 2003, she moved house and within weeks, the officer turned up asking her flatmate where she was.

A few days later, she said, he called her and offered to help with the court case involving her ex-partner.

"At that time of my life, I was just scared and frightened all the time.

"So, when [the officer] said to me that he could help me with the case, I just felt that you know, he'd been dealing with my domestic violence case [so] he could probably help me out on this," she said.

He called ahead saying he wanted to discuss her case, but turned up with wine and pizza.

The woman said she began to feel sick after drinking some wine - and with the officer deep in conversation with his flatmate - she slipped away to her bedroom to lie down.

"About half an hour later, [the officer] came into my room and turned off my light. And that's when he started undressing himself and climbed into my bed and started rubbing his naked body up and down on my back.

"I was so shocked. I was so frozen. I couldn't believe what...I didn't even know what he was doing at first... it was really bizarre."

She said she tried to get him to leave, but he wouldn't until the following morning.

"He seemed so calm. So calm and like...it was okay. Like what he had done was okay."

He then later texted saying he could no longer help with her case.

Weeks later, she said he turned up at her house unannounced, asking how the court case went.

"And I said, 'Everything went really well'. And yeah, as he was about to leave, I was going towards my hallway, he came back and pushed me up against the hallway and started groping my body and rubbing his pelvis up and down my body.

"And when he had finished shaking and doing whatever the hell he was doing, he fixed his clothes up and just left."

She said the officer was seen outside her house in his car, and she grew fearful that he would come near her again and was stalking her - all the while feeling helpless about reporting it to the police, when he was the police.

She said the officer made further sexual advances - including an instance where he exposed himself through a window to her - up until 2006.

In 2010, she fled the country with her child as her first ex-partner was set to be released from jail.

She laid a complaint with Independent Police Conduct Authority only this month.

"I've decided to come forward now because I'm strong enough. I'm able to do this now.

RNZ has spoken to the accused officer, who flatly denied being notified of any complaint being laid against him.

Time for police to prove themselves - Rape Crisis

Rape Crisis said the police now had a golden opportunity to show they had better systems in place as they dealt with the sexual harassment complaint.

Spokeswoman Kayla Rayner said it took a lot of courage to speak out about abuse, especially to the institution the perpetrator belonged to.

She said this case was a chance for the police to show they had improved their systems for handling sexual assault complaints against officers.

"They've talked about this end of a decade-long programme of transformation, they've talked about how the process of making a complaint to police was easier now for victims, and that special systems had been put in place to ensure complaints weren't just investigated, but ensuring there weren't any conflicts of interest around that investigation."