An Auckland man who helped rescue a young family from a house fire says he was just being a good neighbour. 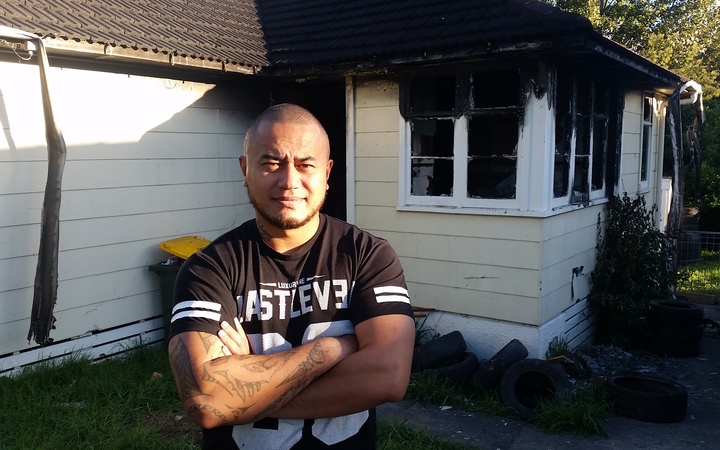 Edward Johnstone woke up his neighbours on Rapson Road whose house was burning and helped rescue their small children. Photo: RNZ / Joanna MacKenzie

Edward Johnstone alerted the family at a South Auckland house in Rapson Road, Flat Bush, at 7am today.

He said he had to bang on the windows to wake the parents and their four children.

Mr Johnstone said he got everyone out just in time but a new puppy couldn't be saved. 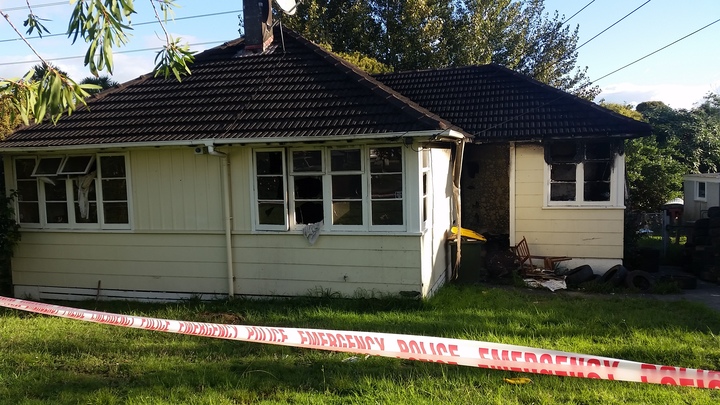 Fire Service spokesperson Megan Ruru said a number of calls were received just about the home, but the house was ablaze when crews arrived.

The Fire Service described the fire as suspicious and is investigating the cause, along with the police.

Mr Johnstone said he had heard concerns about the house's electrics.

"Some faulty wiring from the house and he said that he has - I don't know if he's complained or let them know about the issue, but that's what I was told - so I was just like hey, if it is a fault of Housing New Zealand then someone's gotta be accountable for it.

"Like, these guys got no house to stay in now." 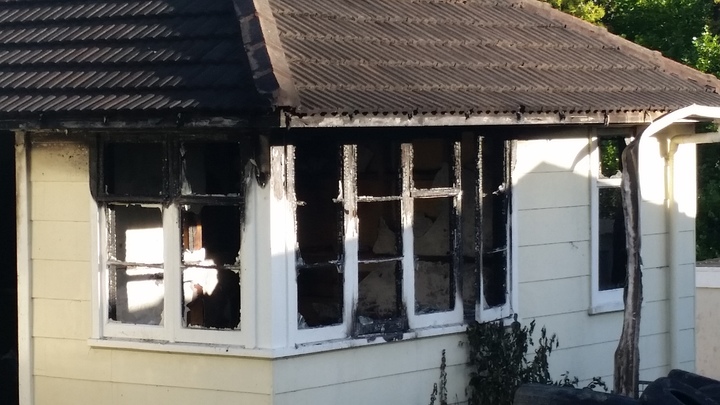 The fire has been described as suspicious and is being investigated. Photo: RNZ / Joanna MacKenzie

Housing New Zealand said it was supporting the family and would be helping them into alternative housing.

It said its records showed the tenants had not contacted Housing New Zealand to raise any issues related to faulty wiring or electricity at the property.