The jury has retired to consider its verdicts in the defamation trial of Opposition leader Andrew Little. 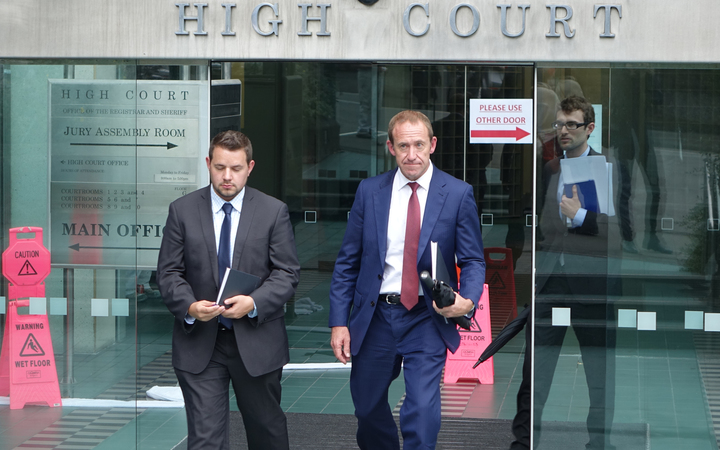 Mr Little is being sued in the High Court in Wellington by Earl and Lani Hagaman, the owners of the Scenic Hotel Group.

The Hagamans say Mr Little defamed them in statements he made linking a resort deal awarded to their company with a large donation they made to the National Party.

Mr Little says he was doing his duty in holding the government to account.

Justice Clark told the jurors this morning they had to decide whether, on the balance of probabilities, the words Mr Little used in media statements had the defamatory meanings the Hagamans claimed they did.

She ruled the statements he made held qualified privilege, but told the jury that defence would not be available if they found Mr Little was motivated by ill will against the Hagamans or took improper advantage of qualified privilege.

The judge pointed to Mrs Hagaman's evidence that Mr Little wrongly placed her and her husband in the middle of a corruption scandal.

She said the Hagamans' lawyer, Richard Fowler QC, said Mr Little did not contact them or do any independent research before putting out the statements.

Against that, Justice Clark said the jury had to consider Mr Little's claim that what he said was part of his obligation as Leader of the Opposition to hold the government to account.

She raised his counter-argument about why he had not contacted the Hagamans.

"His belief [is] that it is not good conflict resolution principles to go to someone involved in a matter and try and get assurances.

"He said it was important for the public to get reassurance from a credible independent source."

Justice Clark said, if jurors found the Hagamans were Mr Little's direct targets, they must then assess the question of damages.

She said, while the figure of $2.3 million had been mentioned, that was a maximum figure that reflected the Hagamans' view of the seriousness of the matter.

The judge said issues of affordability were not relevant in assessing damages.

"The sum awarded should be your fair and just assessment of what you consider reasonable to repair the damage done to the Hagamans' reputation.

"Be neither miserly nor excessive, but be fair to the Hagamans and Mr Little."

It was possible to award exemplary or punitive damages to punish and deter the defendant, but they were rarely ordered in New Zealand defamation cases, she said.

"They can only be awarded where the defendant has acted in flagrant disregard to the rights of the plaintiff.

"You should only consider them if you think compensatory damages are not enough to right the wrong, but you have to be careful to avoid doubling up."

Justice Clark said Mr Little's motivation in putting out his statement was relevant to whether or not exemplary damages should be ordered.

The jury spent about six and a half hours deliberating today and will resume on Monday.