A woman who claims Andrew Little defamed her says she does not want to bankrupt him. Rather, she hopes to restore her dying husband's reputation. 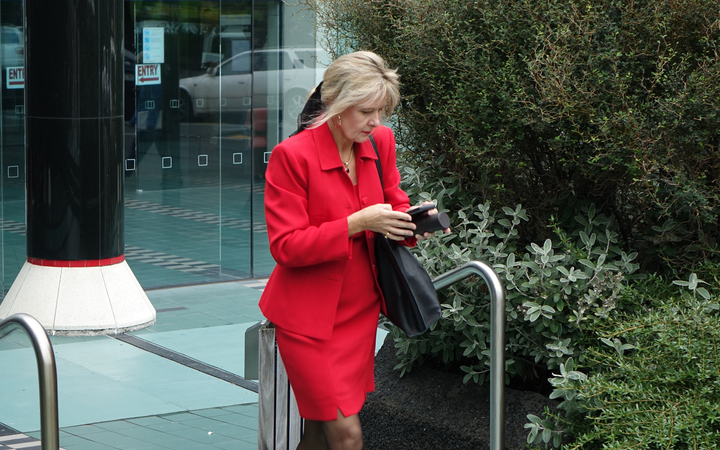 Lani Hagaman and her 91-year-old husband, Earl, have taken proceedings against the Labour leader in the High Court in Wellington in relation to a media statement and comments he made last year.

In it, Mr Little linked the awarding of a resort management contract - to the Hagamans' company - to a donation the couple made to the National Party in September 2014.

The Auditor-General investigated Mr Little's claim and, in cross-examination on Tuesday, Mrs Hagaman said she believed that inquiry should have happened before Mr Little damaged their reputations.

The jury was told Mr Little earlier offered the Hagamans $26,000, but they declined.

Mr Little later offered the Hagamans $100,000, which was also declined.

In reply to a question from defence lawyer John Tizard, she said she had no idea of Mr Little's financial position.

She wanted the jury to award as much of the maximum amount of damages available as they could.

"My husband is dying in Christchurch. I am fighting for his reputation and Mr Little has had every opportunity for 12 months to come back to me.

"I just have no understanding how you can stand here to try and make me out to be a really bad person because I think we should ask for damages ... when he has had every opportunity to do it for nothing."

Mrs Hagaman said while Mr Little had not made further claims against them since the start of April last year, the damage was already done.

"We had been written about. There's over 90 publications. I notice ... when it came to Mr Little's latest apology there were 17 media reports, as opposed to over 90 which slurred our name and connected us to corruption."

Mr Tizard suggested to Mrs Hagaman that his client made his statement as part of a constitutional duty to challenge the government's actions, but she disputed that.

"He put a slur against us. We are not the government, so if he issued his press statements in discharge of that duty, what is his duty to us? Why is he slurring our reputation?"

Mrs Hagaman said she expected Mr Little to ring her and apologise, but the first she knew of the apology he made last month was when a newspaper contacted her for comment.

When asked why she was not taking action against the media companies who published Mr Little's alleged defamatory comments, Mrs Hagaman said her fight was not with the media.

She said it was Mr Little who called her and her husband corrupt.

The Hagamans were seeking up to $2.3 million in damages for Mr Little's remarks.